Home » Voice of The Reader » Einstein’s ‘God Letter’ auctioned for $2.9 million at Christie’s 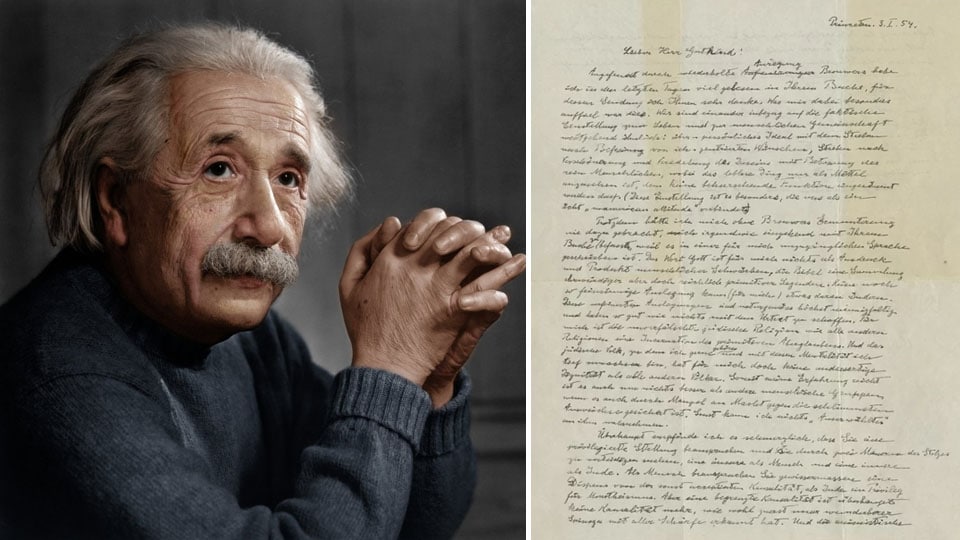 It is quite interesting to know that a letter written by Albert Einstein on 3.1.1954 (the year before his death) from Princeton on the theory of God to his friend Eric Gutkind, a German Philosopher, fetched $2,892,500 million at Christie’s auction on Dec.4 at New York, following a four-minute bidding battle between two clients on the Phones, reports CNN.

Look at his theory of God and Einstein being a Jew himself:

“The word God is for me nothing but the expression of and product of human weaknesses. The Bible a collection of venerable but still rather primitive legends which are nevertheless childish.”

This one-and-a-half page letter in German which surfaced in 2008 became known as the ‘God Letter,’ a nick name that makes some Einstein experts wince, it is reported.

To quote Walter Isaacson, Author of the 2007 biography “Einstein,” said in an interview:

“Einstein wrote dozens of letters in which he mentioned God or Judaism. Nobody should read one Einstein letter and think that solves what he thinks about God. In different decades or even on different days, Einstein’s views were not totally  unchanging.”