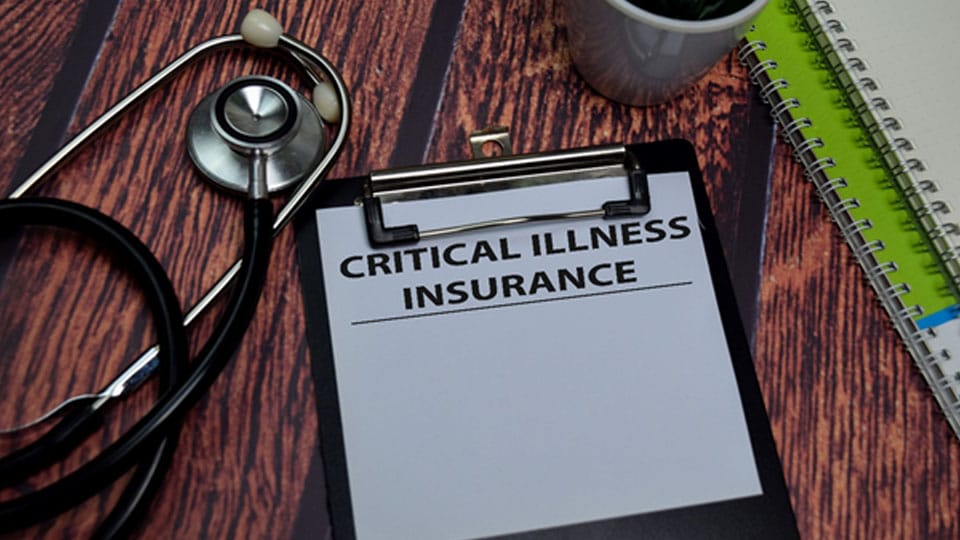 Everything You Need To Know About A Critical Illness Insurance

Even if individuals are highly conscious of their health while keeping strict diets and regimens, they are still prone to medical conditions that may be critical or fatal in nature. The risk of being diagnosed with lifestyle-caused illnesses are on the rise today, as the high-compartmentalised and high-stress environments most individuals work in manifest themselves an unavoidable illnesses that detrimental to the health of the suffering but also the people who are financially dependent on them.

Health insurance policies were therefore developed by insurance providers as a means for people to combat these anxieties and possibilities while being prepared for the future. Critical illness insurance is one of the most commonly invested in, where people insure themselves against illnesses such as cancer, heart disease, kidney failure etc.

Critical illness can be defined as medical conditions which prolonged sickness in a person where the condition if not rectified through invasive procedures, may worsen drastically and may turn fatal. Most common types of critical illness can be Cancer, Heart Disease, Kidney Failure, Strokes, Paralysis, motor neuron diseases, lung disease and more.

Insurance providers understand the universality of the manner in which critical illness effects people with rapid deterioration, therefore planning for the future and preparing for these situations is advised by most providers. They have incentivised investing in critical illness insurance by making it as accessible as possible to people across all income brackets.

Therefore, providers came forward with policies such as Critical Illness Insurance which has its goals rooted in safe guarding a policyholder and their dependents from financial strain at times when the insured person may become incapacitated by illness and will require financial aid for treatment, procedure and recovery costs.

Let us look at some of the features of Critical Illness Insurance and how they aid a policyholder through trying times:

Critical illness policy covers anywhere between 8 to 30 critical illnesses which are listed by insurance provider at the time of purchasing the same. The costs incurred in the course of treating these illnesses are usually high, without adding hospitalisation costs that the insured may have to be from their funds at the time of admitting.

Determined at the time of purchasing a critical illness insurance plan, one can avail their payment against the critical illness treatments as a lump sum payment from the insurance provider after the policyholder has been diagnosed with any of the listed ailments.

Claims for critical illness insurance is promptly processed compared to other health insurance claims as these conditions are usually prone to rapid deterioration and needed to be treated and stabilized immediately.

Since critical illness can cause disturbance in the income patterns of the insured person in the event they become incapacitated by their illness, some critical illness insurance plans offer the added provision of channelling a part of the lump sum coverage amount as an income to the policyholder.

Now that we have established the fundamental features of a critical illness insurance plan, let us look at the benefits of the same:

One of the key benefits of a critical illness insurance policy is that it gives the insured the liberty to choose how to use and receive their lump-sum payment to support their medical expenses. One can use it to cover medical overhead costs, experimental treatments, tests, consultation fees, co-pays and deductibles.

The premiums paid towards a critical illness insurance policy are eligible for tax deduction for a sum of up to Rs 25,000 if you are under 60 years of age, and up to Rs 75,000 for senior citizens above the age of 60 under Section 80D of the Income Tax Act, 1961. The lump sum payout is also exempted from taxation.

Since illness can render a person bedridden and unable to earn an income to support their household expenses such as bills, loans, and childcare; a critical illness insurance can pay a part of the lump sum to the insured as an income replacement. 4. As an Add-On: Many insurance providers offer critical illness riders that can be added to existing insurance plans at an added premium cost. These riders can be helpful in the event of illness to provide complete and comprehensive cover with the existing benefits of a standard health insurance plans.

Treatments and procedures driven towards curing a person while they suffer from a critical illness can be an emotionally and financially stressful time for the insured and their family. It can cause one to lose essential savings and funds while having to compromise on long-term goals. Max Life Insurance has critical illness insurance plans that one can look though and purchase in order to mitigate anxieties caused by these uncertainties and secure one’s future in just a few steps.

‘I am the glorious Past. Leave me alone,’ says the Pyramid Sphinx
‘Outstanding Performance in Virtual Knowledge Delivery during Pandemic’