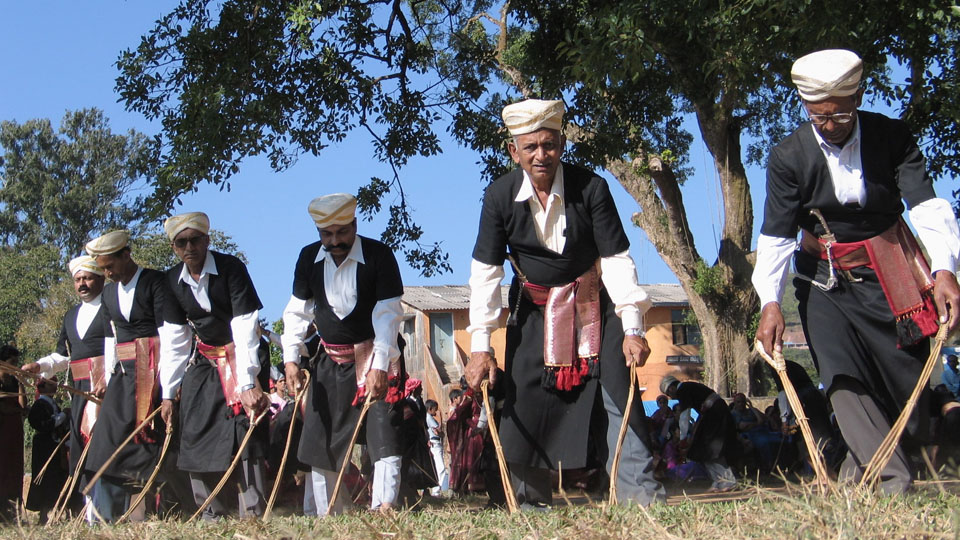 Bengaluru: Post the Karnataka government’s decision to accord an independent religion tag to the Lingayats, Kodavas have demanded that they should also be declared as a religious minority.

Two representatives from the Kodava community, M.M. Bansy and Vijay Muthappa have yesterday sent a memorandum to the State asking for a separate religion tag. The Minorities Department has forwarded the demand to Karnataka State Minorities Commission. According to insiders, the Commission has deferred the matter.

The memorandum said, Kodavas deserve the tag since their population is less than 1.5 lakh and the Centre has considered including Kodava thakk, the Kodava language without a script, in the Eighth Schedule of the Constitution and a notification has been issued to initiate the process.

“We are nature worshippers and don’t follow many customs of the Hindu religion. None of our rituals involve Brahmin priests and all their scriptures are in their own language. We also have distinct costumes and pork is our staple diet,” they said in their memorandum, justifying the demand.

The first recorded instance of Kodavas was found in 1174 AD during Hoysala dynasty in the State. Kodava was the only community that accepted the “gotra” system other than non-Muslim and non-Christian communities, he said.

Kodagu was a tiny independent State ruled by the Lingayat kings till 1830s. The British annexed Kodagu and ruled it separately till 1947. After that it was a ‘C State’ till 1956. On November 1, 1956 it became a part of Karnataka.

“Kodava is the only community that has lineage based clan system. They too have a sacred text called ‘Pattole Palame’, a record of the distinct culture, compiled in the late 19th century by Nadikerianda Chinnappa,” said some Kodava leaders.

Some Kodava activists are also demanding that they should at least get an autonomous Hill Council Status on the lines of Gorkha Hill Council (GHC).

Senior BJP leader Dr. Subramanian Swamy has also favoured autonomous status to Kodagu and promised to place a Private Bill in the Parliament.

Dr. Swamy, a Rajya Sabha MP, said the demand for autonomy for Kodagu was perfectly justified to protect their race, community, traditions and customs. He had promised to extend his support not only for autonomy to Kodagu, but also the inclusion of the Kodava language in the 8th Schedule of the Constitution.

Karnataka government had initiated an ethnographic and socio-economic survey last following a memorandum from Codava National Council (CNC) to see whether the community qualifies for the tribal status but it was abandoned mid-way following objections from some Kodava and tribal leaders in the Congress.

“The presence of Kodavas is limited to just two Assembly seats in Kodagu compared to 100 seats of Lingayats. I don’t think any party or government will heed our demands considering our limited political influence. We are hoping that some government or party will be our saviour some day after they understand our issues, culture and dwindling population,’’ said CNC leader N.U. Nachappa.