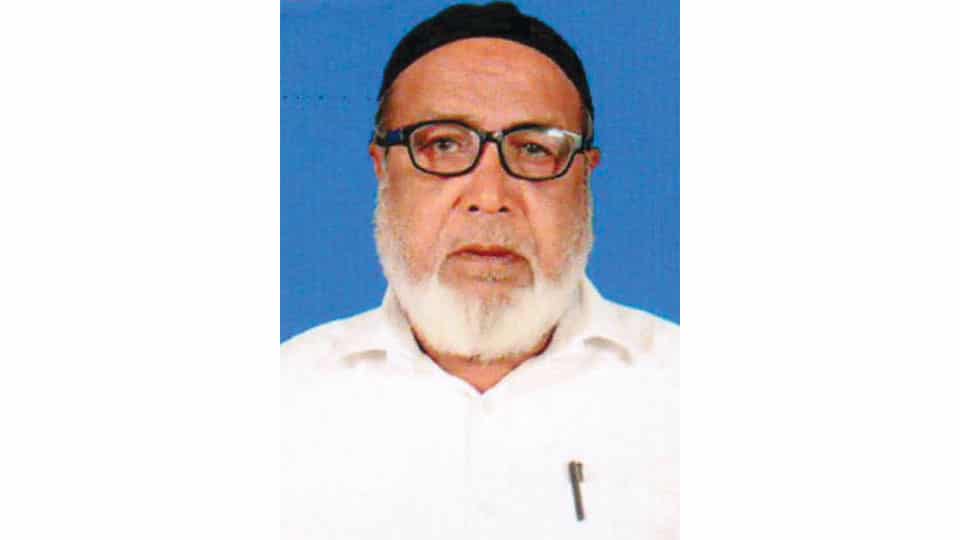 Alhaj K. Farooq Ahmed (74), Proprietor of H.R. Supermarket at S.S. Nagar, former President of Indian Muslim League and a resident of S.S. Nagar, passed away yesterday night at a private hospital in city.

A retired Railway employee and Founder of F-11 Football Club, he leaves behind his wife, four sons, one daughter, a brother and a host of relatives and friends. Namaz-e-Janaza was held today at Shahi Masjid at Sunni Chowk in Mandi Mohalla after Zohar prayers, followed by the burial at the Muslim Burial Grounds near Tipu Circle.