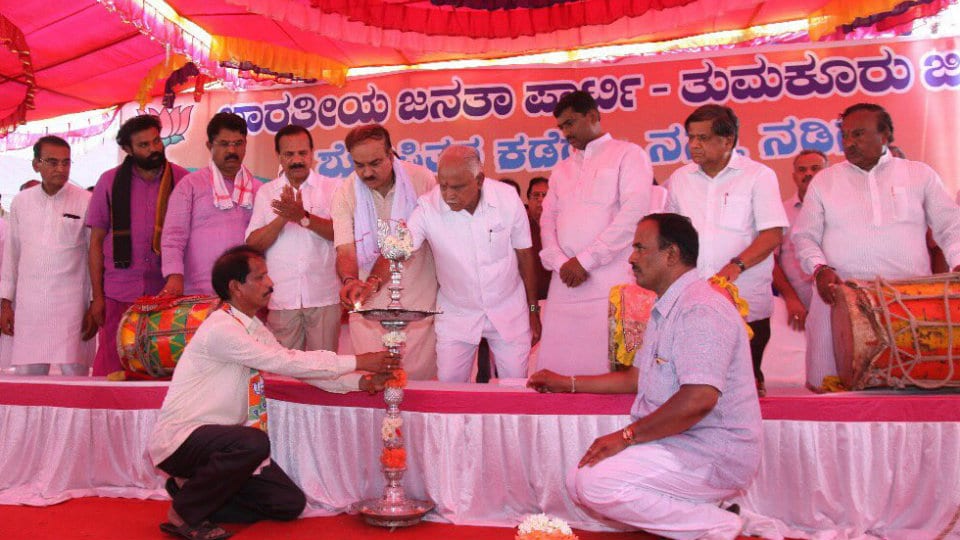 Tumakuru: With the State reeling under the worst drought in over four decades, the main opposition BJP yesterday launched drought study tour of the State from Tumakuru.

The leaders then had breakfast at a Dalit’s house before embarking on the drought study tour in separate teams.