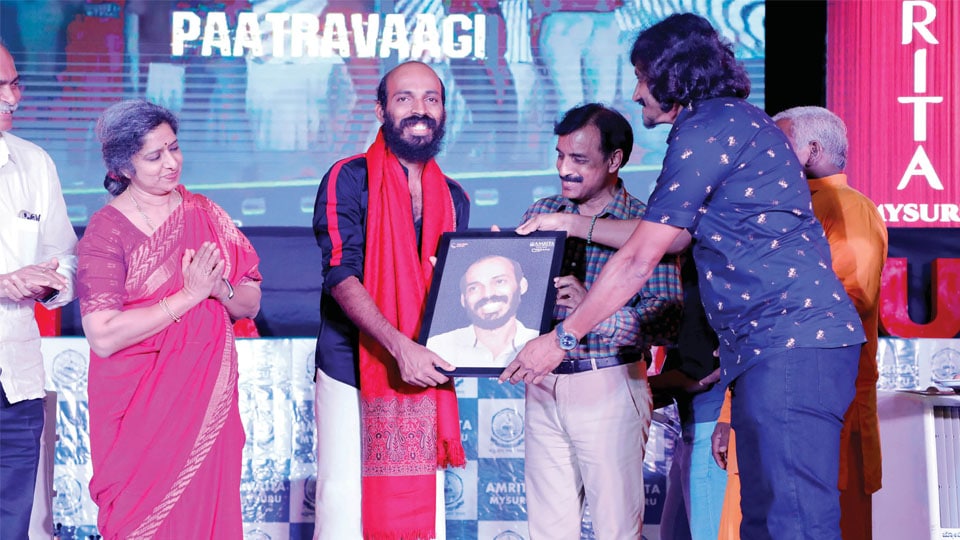 Renowned, Actor and Director Raj B. Shetty, who was the chief guest at the valedictory function, gave away the awards to the winners of various categories.

In his address, Raj Shetty shed light on how the instinct of story-telling and listening is innate to human beings. Further citing the image of people watching a single screen at the cinema he added that there are many reasons to divide the society but it is the power of the story/film that unites people.

Sharing his experience of how his “Ondu Motteya Kathe” evolved while also transforming his own personality, he advised the young film enthusiasts to delve deep into the making of their films and not get carried away by the fame that they might acquire over time.

Shortlisted top 10 short films were screened during the fest. The overwhelming response from budding filmmakers from various States of the country and abroad crossed 75 entries from over 50 institutions and Universities. Prizes including certificates, mementoes and cash awards were given to the participants.

Separate category of Amrita Awards were given to the students of Amrita Vishwa Vidyapeetham Mysuru Campus to encourage and keep the spirit film-making.