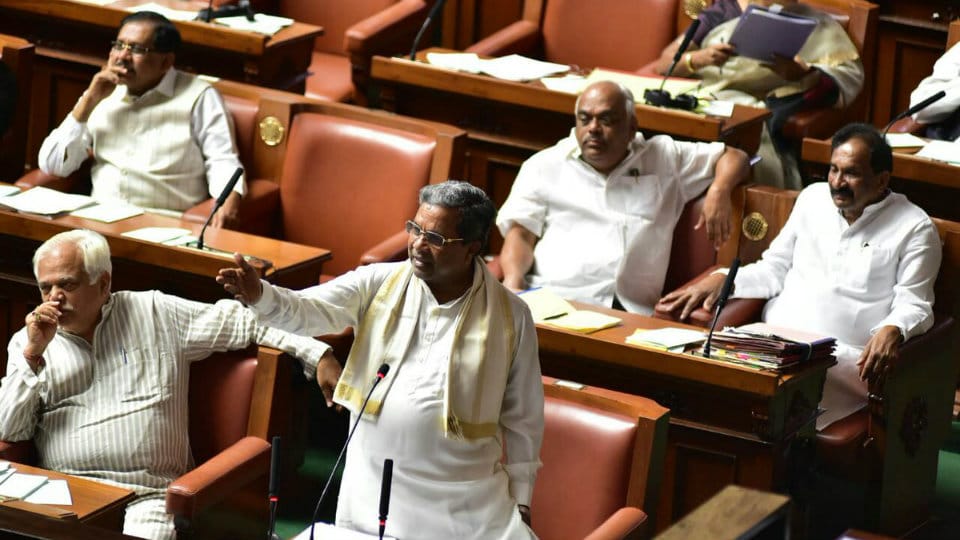 Bengaluru: The Siddharamaiah-led Karnataka Government yesterday tabled the Karnataka Goods and Service Tax Bill (GST)-2017 with less than a month left for Centre to roll out the GST Bill.

Chief Minister Siddharamaiah, who also holds the Finance portfolio, tabled the Bill before the Assembly to make a provision for levy and collection of tax on intra-State supply of goods or services or both by Karnataka State and the matters connected therewith or incidental thereto.

Karnataka was among seven States — Meghalaya, Punjab, Tamil Nadu, Kerala, Jammu and Kashmir and West Bengal — which were yet to pass the SGST law. Barring J&K where BJP is an alliance partner of PDP, all are non-BJP ruled States.

Incidentally, Congress during the UPA-2 rule had introduced the GST Bill and the party in the State had fully supported its implementation after BJP-led NDA came to power three years ago.

All direct and indirect taxes would be subsumed in a single tax under the GST regime which will be levied on supply of goods or services or both at each stage of supply chain starting from manufacture or import and till the last retail level. So, any tax that is presently being levied by the State Government or the Central Government on the supply of goods or services would be converged in GST which will come into existence on July 1.

The amendment envisages tax on petrol, diesel, aviation turbine fuel, crude oil and natural gas be levied from a date that the GST council may decide. Till then and even after that, States will be empowered to levy tax on sale of these products. Hence it is considered to amend the Karnataka Sales Tax Act of 1957, the Amendment Bill said.