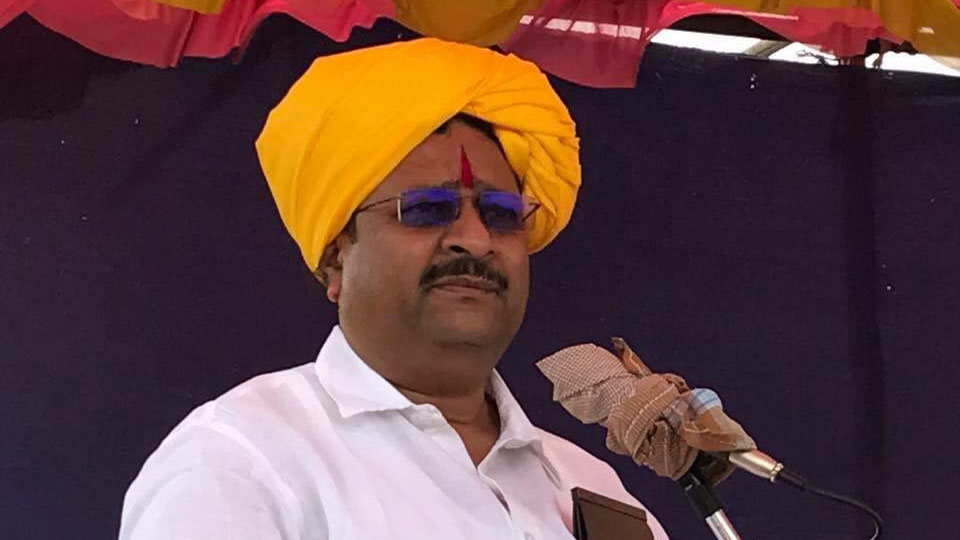 Mysuru: Members of Pragathipara Sanghatanegala Okkuta staged a protest in front of Ambedkar’s statue in Town Hall premises here this morning condemning the derogatory statement on intellectuals, allegedly made during a speech by BJP MLA Basanagouda Patil Yatnal at Kargil Vijay Diwas in Vijayapura.

The members said that Yatnal had fallen in line with Union Minister Anant Kumar Hegde in throwing accusations on intellectuals. They asked the government to take legal action against Yatnal for indirectly supporting Communalism. Okkuta members K. Basavaraj, Javaraiah, V. Lakshminarayan and others took part in the protest.