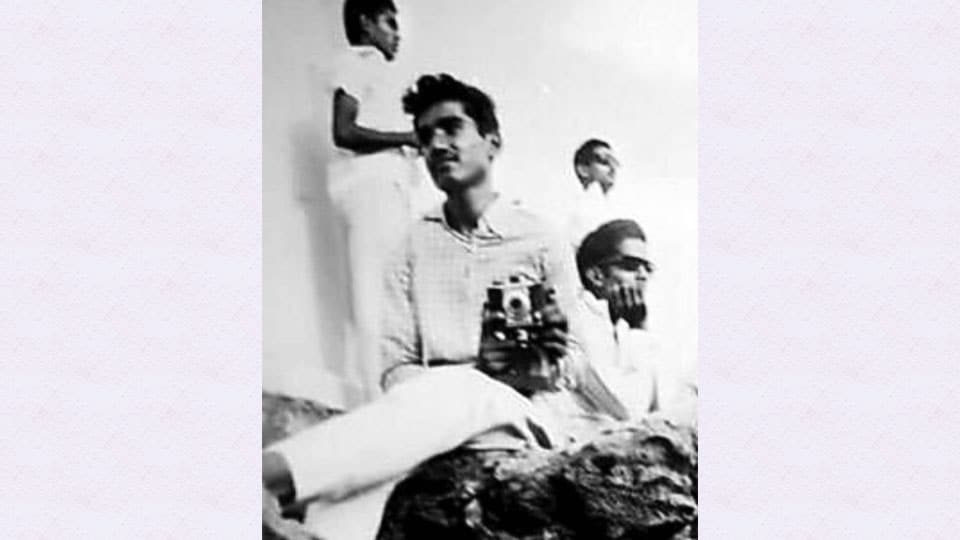 After I wrote my last article about the two antique gramophone records that I received as a gift from my schoolmate Mukesh and his wife Madhu, I have been inundated by letters, messages and phone calls from friends, acquaintances and complete strangers too. Some articles that I write have this effect, especially when I write about events and things from the past.

The responders said that the era I had written about in my article took them back by a few decades to the days of their own past and made them feel nostalgic. And, every one of them agreed that that time was indeed the golden era of a quiet life, full of leisurely activities like listening to music on the radio or the gramophone and of attending live music and dance concerts for which most of us sadly have no time at all these days.

Many readers recalled the time when a good many of them had in their own homes a radio or a hand wound gramophone with a collection of their favourite celluloid records which they would listen to regularly. Bapu Sathyanarayana, the former Highways engineer and certainly the grand-old-man of our city, who needs no introduction, as he is the first person to respond with a letter to the editor whenever a topic merits some attention from him, was as usual the first to respond to my article too.

Through his letter which was published in SOM on last Sunday he talks of how most of us have discarded many of our old household things with the arrival of newer gadgets, only to realise later that they would have been priceless relics of our past, worth preserving with care. But sadly, to most of us, this realisation always comes long after they are gone forever!

The antiques like chairs, teapoys and tables that we have all so thoughtlessly thrust into the fire to heat our bath water, after giving them a brief rest on our attics, are the very same things that we now look for and pick up from antique shops at great cost!

He also mentions that even the broken pieces of the records would be preserved to be used in making a medicine for scorpion bite although I was not aware of this remedy. I only knew that being made of a kind of celluloid compound the damaged records could easily be bent or cut with a pair of scissors when warmed in a tub of hot water or painted upon to make decorative pieces that many people hung on the walls of their drawing rooms! A few of these artifacts survive to this day in many homes that have not yet been affected by the rapid transformation that time has brought into our lives.

The former Commissioner of Police of our city Mr. C. Chandrashekar, who later retired as an Inspector General in  the Karnataka Police, too responded very emotionally to my article. Like Bapu, he is also usually among the first responders to my articles, especially to those concerning Mysuru, because he has very strong emotional bonds with our city where he had a great part of his education at the Regional College of Education and also at Manasagangothri.

He wrote to say that my article left him misty eyed as he recalled the days when he would visit the Phono and General Agency to buy records which he could actually ill afford as a young boy, managing his life on a meagre stipend. The sad irony is that although he did not have a record player, he would often buy the records that he liked much in advance with the fond hope that some time in his life he would be able to afford to buy a player for them!

He recalls that the first LP that he bought was of Latha Mangeshkar’s Meera Bhajans which used to be borrowed from him and played at most of the cultural events on the campus! He says that being very passionate about photography, he bought his first camera too, an Agfa Click III like mine, from the same shop in the sixties for twenty-seven rupees and he has sent me a picture of him holding his treasure in his hands and sitting in a contemplative pose on a rock on the beach at Kovalam.

Although you may find that picture a little blurry, I thought that it deserves to be shown here because it is certainly worth more than my thousand words that you get to read week after week! His other strong attachment to our city is through his very high regard for his teacher Pandit Rajeev Taranath, the Sarod maestro who taught him English in College and infused into him the love for music and the ability to appreciate it, whom he holds in almost Godlike reverence!

Another reader, Vidya Harinath, an engineer who runs an interior decoration business with her husband, has written about the time when she too used to visit the Phono and General Agency with great eagerness in the company of her two daughters who were kids then, to buy gramophone records. She says that her daughters too who are now grown up, with one of them studying in the US, have become music lovers like her, with all three of them having acquired this love from her mother who is a Carnatic classical singer.

She talks of her subsequent visits to the shop to buy a few other things that they sell there now but she laments that the old-world charm of buying the old-fashioned records will never come back.

Incidentally, the entire row of shops along the front of the Devaraja Market building had a continuous corridor with pillars along which one could walk from end to end, come rain or shine. It was only much later that this space was encroached upon by the shop-keepers, one after the other. I am not able to say whether this was done legally or illegally although I can say with certainty that                a Shoe Shop started this trend when it was renovated and expanded.

An interesting thing worth mentioning here is that before the inclusion of this extra space into the shops, every evening as it got time for the shops to wind up their business, you could see scores of homeless people lining up on the pavement. They would come there holding cardboards, gunny sacks and even newspapers which they would then spread out in the sheltered space before laying their weary bodies down and losing themselves to their dreams of a better life!

As a little kid I used to feel very sorry for them but they seemed quite happy to be able to sleep in a sheltered place rather than under the open sky.

And, the shop-keepers too seemed very happy to let them sleep undisturbed on their doorsteps and serve as the unpaid sentinels of their shops… a very convenient and symbiotic arrangement indeed !