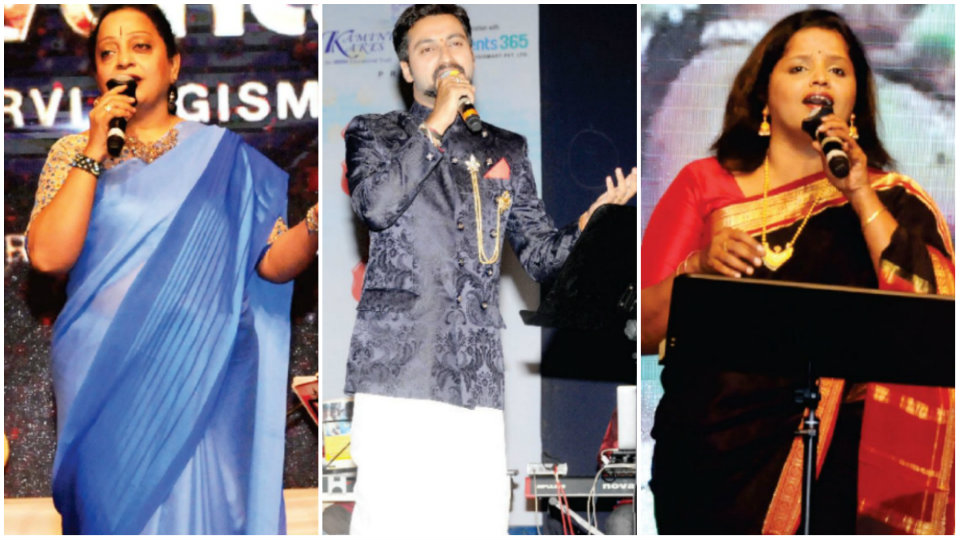 Dr. Kamini Rao of Milan spoke about Kamini Kare which works towards educating the girl child and for whose benefit the programme was held. The first programme of Poorviraaga was held in Bengaluru last year. Pooja Siddharth Rao, the brainchild behind the programme thanked the audience for the support.

A one-minute silence was observed in memory of actors Kashinath, Krishna Kumari and Chandrashekar who passed away recently. Dr. Kamini Rao’s husband Dr. Arvind Rao, a close friend of Chandrashekar spoke about his association with the actor and recalled how Chandrashekar and Vishnuvardhan were recognised for their talent during their college days.