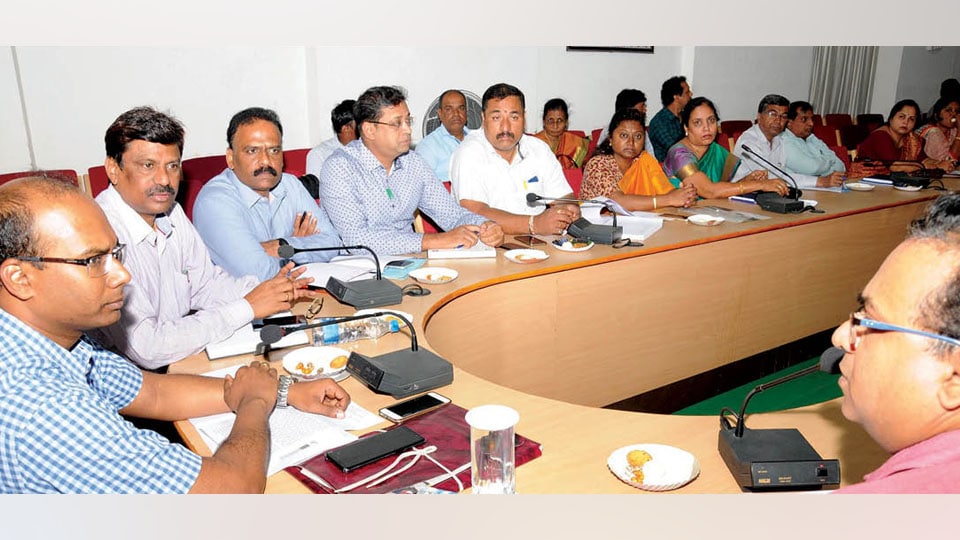 Mysuru: With the first round of pulse polio campaign (2018) scheduled to take place on Jan. 28, Deputy Commissioner (DC) D. Randeep chaired a meeting of the District Task Force for Immunization (DTFI) at his office here on  Jan. 10.

Addressing the meeting, the DC said that the first round of Pulse Polio campaign will be held in the district on Jan.28 and the National De-worming Day drive will take place on Feb.12.

Pointing out that the National De-worming Day is being observed from the past three years in order to de-worm children, Randeep directed the officials to take all precautionary measures to ensure that the health of the child is not disturbed and that there are no side effects or after effects of the drug to be  administered.

Stressing on the need for a perfect co-ordination between the Education Department, Health Department and all other concerned departments of ensuring the success of both the programmes, the DC said that the second round of Pulse Polio programme will take place in March and in the wake of poll preparations, the officials should ensure that there are no  hassles in the success of second round too.

District RCH (Reproductive and Child Health) Officer Dr. S. Gopinath, who also addressed the meet, said that not a single polio case has been reported from anywhere in the country since 2012. But the Government has continued the programme taking into consideration the health of the child.

Pointing out that 1,186 polio immunisation centres will be set up in the district, including 836 in areas considered as high risk, he said that  at total of 2,63,480 children under 5 years in the district will be covered during the drive.

Referring to de-worming, he said that the campaign will take place on Feb.12, which will be followed by a mop up drive on Feb.17.