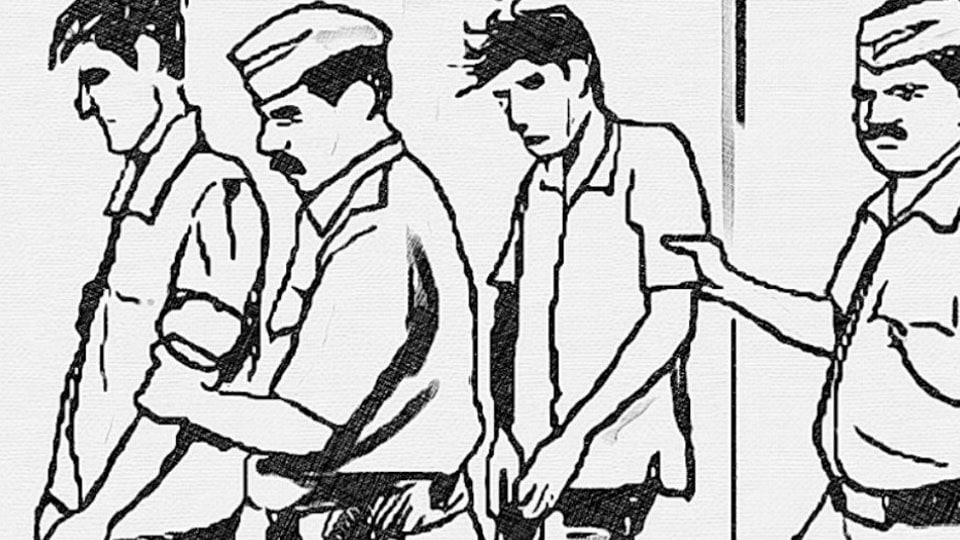 Mysore/Mysuru: Krishnaraja (KR) Police have arrested two persons while they were attempting to sell a stolen computer and accessories. Police have recovered Rs. 20,000 worth stolen electronic items from them.

The arrested are 28-year-old Shashikumar and 20-year-old Narasimha. Both have been remanded to judicial custody.

During interrogation, the accused are said to have confessed of stealing the computer, CPU, keyboard and other items worth about Rs. 20,000 from the Government Girls PU College on Chamaraja Double Road.

It may be recalled that the Principal of the College had lodged a complaint at K.R. Police Station on July 6 and Inspector Srinivas, who had registered a case had taken up the investigation.

On Wednesday, when the K.R. Police were on their regular beat found the accused attempting to sell a computer and took them into custody on suspicion.

The accused were produced before the Court through video-conference and have been remanded to judicial custody.