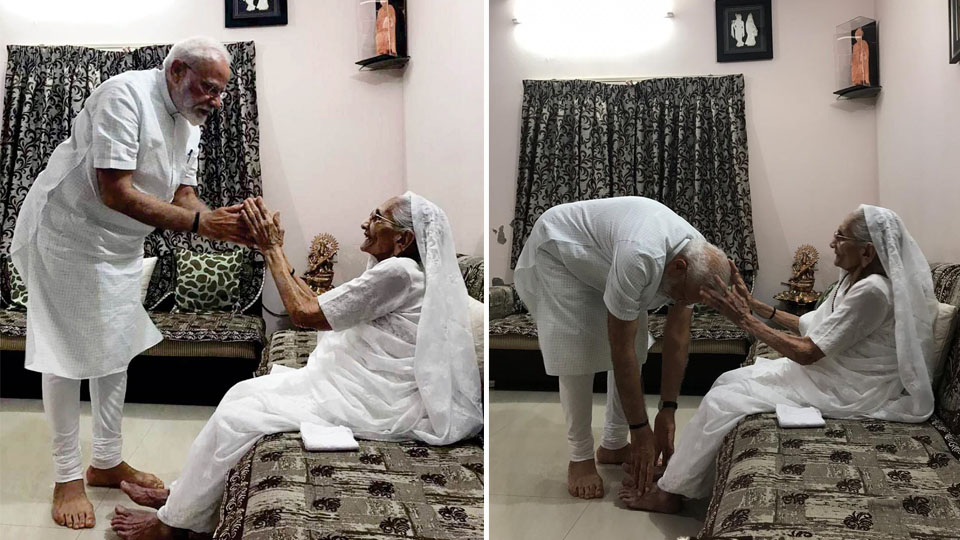 New Delhi: Prime Minister-elect Narendra Modi will be administered the oath of office and secrecy with his Council of Ministers on May 30, according to a statement from the Rashtrapati Bhavan released on Sunday.

“The President will administer the oath of office and secrecy to the Prime Minister and other members of Union Council of Ministers on May 30 at Rashtrapati Bhavan,” said an official statement from the President’s office yesterday afternoon.

With the swearing-in ceremony set to take place on May 30, a person familiar with the development said that arrangements were being made for the event to be held outside the Rashtrapati Bhavan like in 2014.

In 2014, Modi had invited Heads of State and Government from all South Asian countries besides the Prime Minister of Maldives. This time too, some “key foreign dignitaries are expected,” two people familiar with the developments said, though the Indian Foreign Ministry has not confirmed any foreign leader’s presence at the ceremony.

There is speculation that BJP President Amit Shah, elected to the Lok Sabha from Ahmedabad, could be given the Home Ministry portfolio, with incumbent Rajnath Singh being moved to Defence and Nirmala Sitharaman, who has held the Defence portfolio, being shifted to External Affairs given that incumbent Sushma Swaraj decided against contesting the elections. Dharmendra Pradhan and Ravi Shankar Prasad were expected to continue in the second Modi Cabinet.

Rumour has it that Textiles Minister Smriti Irani, who defeated Congress President Rahul Gandhi from Amethi, could be given an important portfolio.