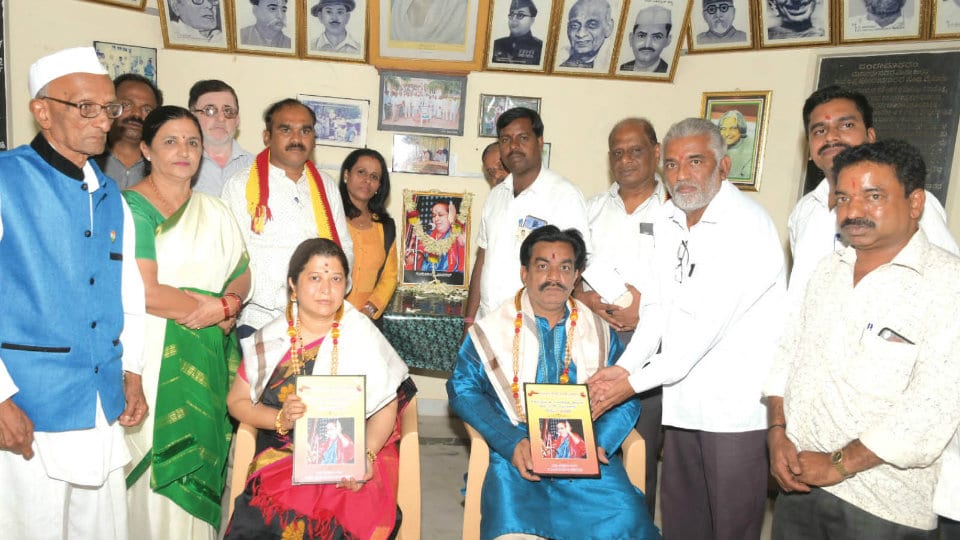 Addressing the gathering, writer Bannuru K. Raju said,  “Gangubai Hangal was a legendary Hindustani vocalist, but the life and achievements of this renowned artiste is not reaching the students of Music Varsity. The University is not even celebrating her birth anniversary in a meaningful way. Even naming the Music University after the renowned vocalist had triggered a controversy as she belonged to a socially backward community. Music University is suffering from nepotism and caste-based discrimination.”

“Even at the age of 95, Gangubai Hangal was able to sing for 45 minutes at a stretch. She was the only singer who was conferred awards by nine Prime Ministers and five Presidents,” he said.

Hindustani vocalist Vid. Vaishnavi Gangubai Hangal who is also daughter-in-law of the legendary singer, inaugurated the event. Remembering the contributions of the erstwhile Maharajas of Mysore, Vid. Vaishnavi said, “With support and encouragement from the Maharajas, Gangubai Hangal was able to make a name for herself in the field of Hindustani music. Mysore Maharaja was a patron of the fine arts, literature and music. We should never forget their contributions.”