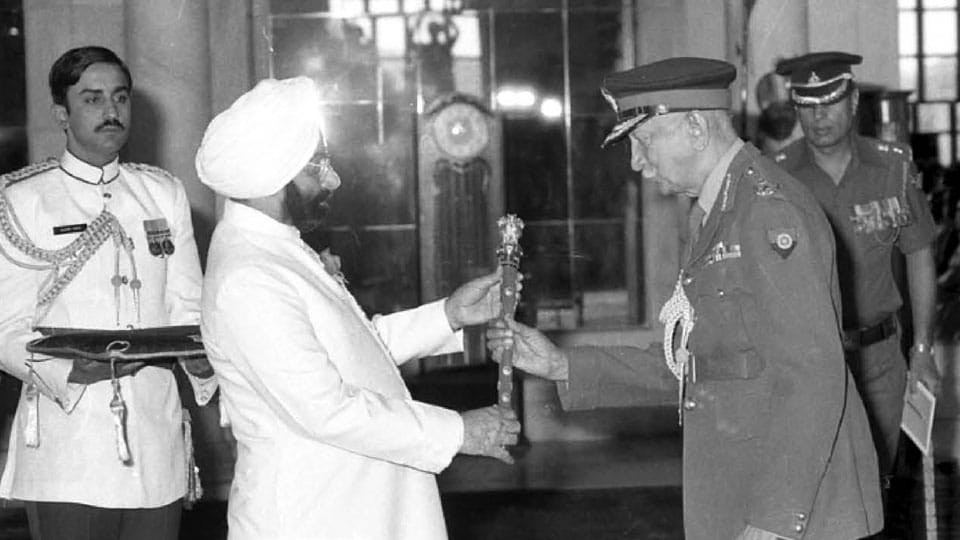 Only a Field Marshal/ Five Star General carries a baton and salutes with his baton.

These photos were posted by President Ram Nath Kovind along with his tweets in English, Kannada, Hindi and Kodava languages today on the 120th Birth Anniversary of Field Marshal K.M. Cariappa.