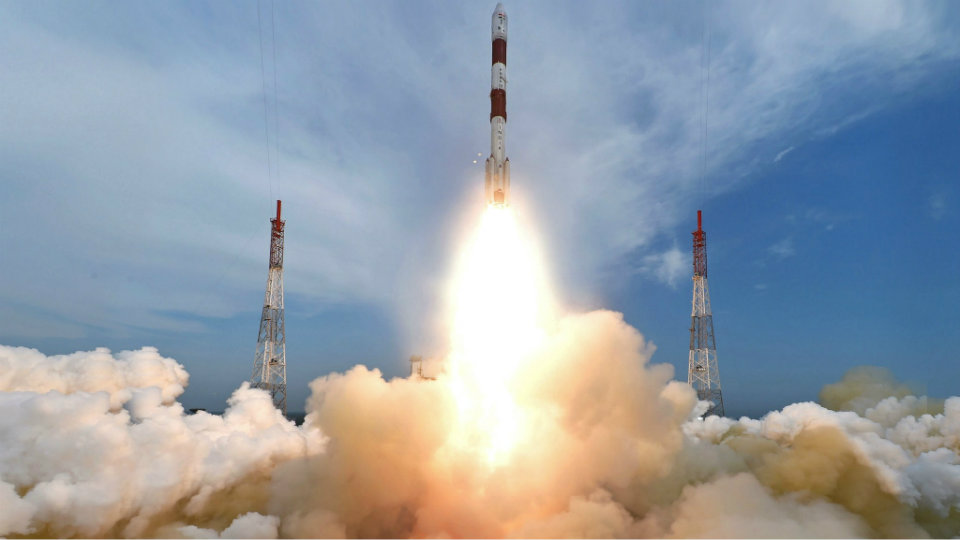 Beats Russian Space Agency record of 37 satellites in one mission

Sriharikota (Andhra Pradesh), Feb. 15- Indian Space Research Organisation (ISRO) created history this morning by successfully launching a record 104 satellites, including India’s earth observation satellite, on a single rocket from the Satish Dhawan Space Centre.  This is the highest number of satellites ever launched in a single mission.

Polar Satellite Launch Vehicle PSLV-C37 blasted off at 9.28 am from the first launch pad and first injected Cartosat-2 series satellite into orbit followed by the other 103 Nano Satellites, including 96 from the US, in a gap of about 30 minutes.

As the scientists at the Mission Control Centre broke into cheers, ISRO Chairman A.S. Kiran Kumar announced: “All 104 satellites successfully placed in orbit. My hearty congratulations to the entire ISRO team for the wonderful job they have done.”

Earlier, the Russian Space Agency had launched 37 satellites in one go. ISRO had earlier launched 23 satellites in a single mission in June 2015. Prime Minister Narendra Modi congratulated Team ISRO for the successful launch.

This was followed by launch of the other 101 Nano satellites of overseas customers in blocks in a series of separations.  Cartosat-2 series satellite, with a mission life of five years, will send images that would cater to coastal land use and regulation, road network monitoring, distribution of water, creation of land use maps among others.