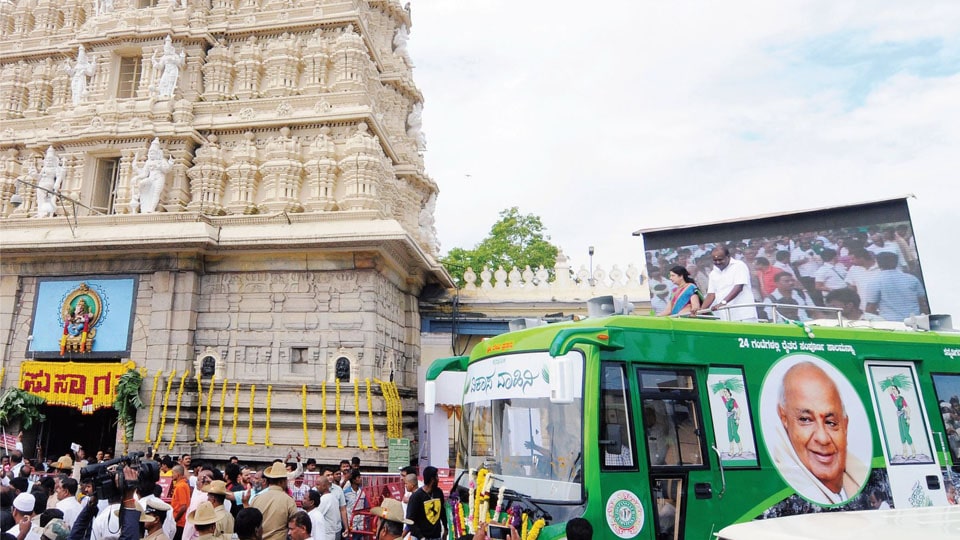 Speaking to press persons after offering puja, Kumaraswamy said that the party’s 2018 Assembly poll campaign has begun from the prestigious Chamundeshwari Constituency from where Chief Minister Siddharamaiah has said he would contest.

Pointing out that the party aims to win the magic figure of 113 out of the 224 Assembly seats and thus come to power on its own in the forthcoming Assembly elections, the JD(S) leader said that the people of the State will teach the Congress a lesson in the Assembly polls.

“The question of a coalition Government will not arise as the JD(S) will emerge victorious securing a majority of its own,” he claimed. Replying to a question on rebel JD(S) MLAs, Kumaraswamy said he has chalked out a plan to find alternative candidates and thus the rebel issue would not trouble the party. 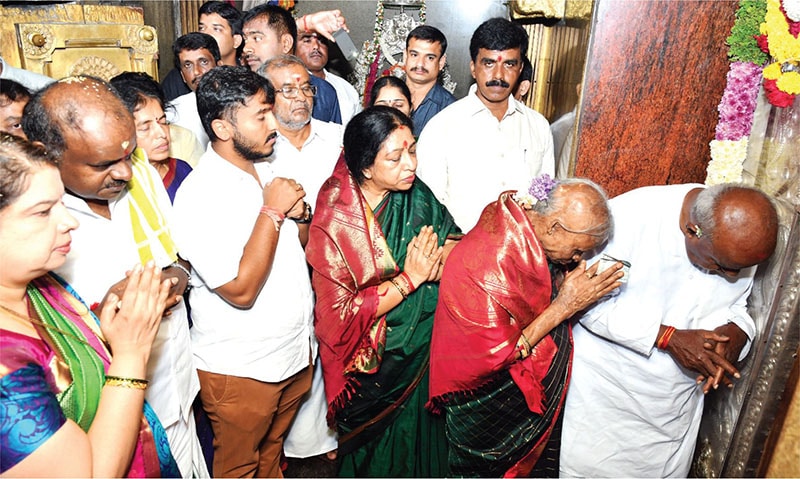 Explaining the features of his campaign, Kumaraswamy said that interaction meets with the electorate will be a part of the campaign, in which people are free to air their grievances and give suggestions.

Stating that his party would focus on addressing agrarian issues,  job creation, improving infrastructure etc., the former CM said that the first thing that he would do if the JD(S) came to power, is to waive off all farmer loans in full and thus provide huge relief to the distressed farming community.

Alleging that the BJP and the Congress, which have ruled the State for the past 10 years have failed to deliver, HDK declared that the State Executive Meet of the JD(S) will take place at Hubballi on Nov. 16, which will be followed by the Party’s Core Committee meeting.

He said that the party will announce the list of candidates for the Assembly polls in phases and the first list will be announced by the end of this month.

“Efforts are underway to bring erstwhile Janata Parivar leaders back to the partyfold and  some leaders have expressed their desire to join the party,”  he added.

The luxury coach has a podium with a hydraulic lift, fitted with a modern public address system to enable Kumaraswamy to address public meetings. 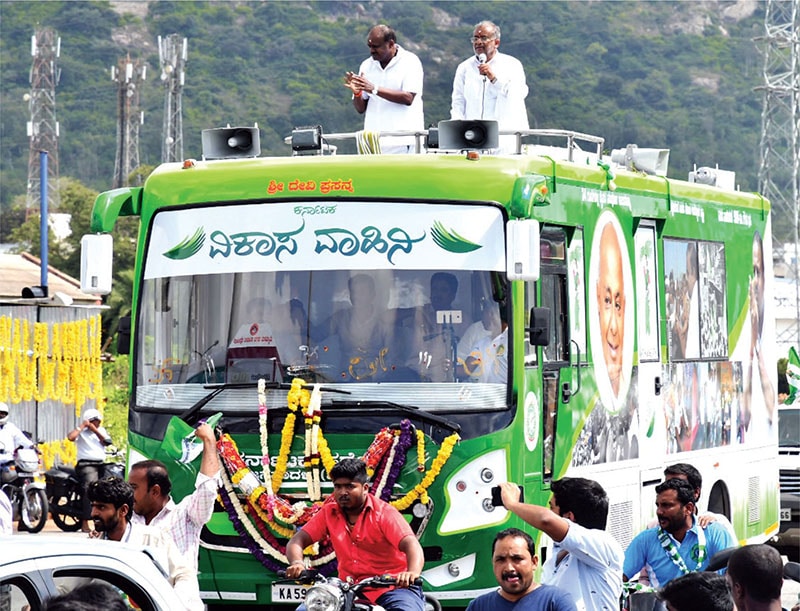 From the Hill temple, Kumaraswamy went to Jwalamukhi Tripura Sundari Amma Temple at Uttanahalli, from where he picked up the campaign trail passing through Hosahundi, Srirampura, Aditya Circle and KEB Circle, Dattagalli before reaching Nanneshwara temple at Hinkal in the luxury coach.

Kumaraswamy will go in a procession from Hinkal to Lingadevarakoppal near Yelwal on Hunsur Road, where he will address a massive public rally later in the afternoon.

The Hunsur road stretch from Aishwarya Petrol Bunk junction to Lingadevarakoplal was decked up with huge cut-outs, bunters, banners, flex boards, posters and other publicity materials. The venue of the rally is the huge vacant space opposite Brahmakumaris Vishwavidyalaya at Lingadevarakoppal on Mysuru-Hunsur Road.