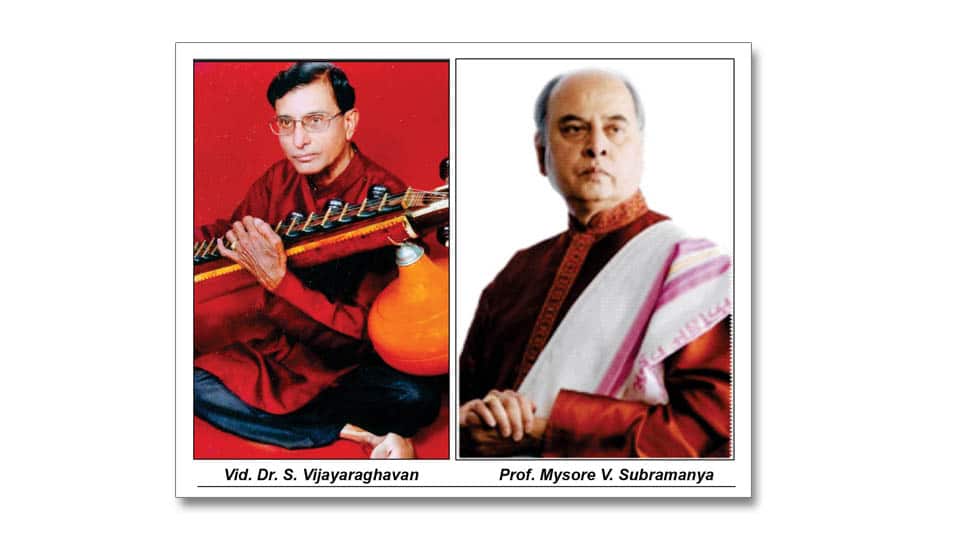 JSS Sangeetha Sabha, a premier organisation in the forefront of promoting music and musicians, is holding its 24th Sangeetha Sammelana-2017 from Dec.2 to 6 at Navajyothi Sabhangana, JSS Women’s College, Saraswathipuram.

This musical conference will be inaugurated by Capt. G.R. Gopinath, the legendary founder of Air Deccan, in the presence of the Suttur Seer Sri Shivarathri Deshikendra Swamiji at 6 pm on Dec.2, during which time the well-known musicologist Prof. Mysore V. Subramanya will be adorned with the title of ‘Sangeetha Seva Nidhi.’ Three achievers, namely G. Vidyashankara, Vid. M.R. Manjunath and Vidu. C.S. Ramamani will be felicitated.

The Conference comprises various ‘Vidwat Goshtis,’ deliberating on various topics of music, composers, compositions, trends, etc. These morning sessions will have an expert in the field as the moderator.

The valedictory of the Conference is on Dec.6 at 5.15 pm, wherein Vid. Dr. S. Vijayaraghavan will be conferred with the prestigious title of ‘Sangeetha Vidya Nidhi.’ Art patron and President of JSS Sangeetha Sabha K.V. Murthy will be presiding over both the functions.

PROFILES: Vid. Dr. S. Vijayaraghavan: Ganakala Kasturi, Karnataka Kalashree Vid. Dr. S. Vijayaraghavan, a well-known Vainika and medical doctor, is the President of this Conference. A well-accomplished academician who has guided many a Ph.D scholars, is also a busy medical practitioner.  As a Vainika, his virtuosity and erudition is well-known. Dr. Vijayaraghavan is graded ‘A Top’ in the AIR and Doordharshan.   He has also been listed in the directory of International Biographic Centre, Cambridge, under  the head of International    Musicians.

Prof. Mysore V. Subramanya Prof. Mysore V. Subramanya, a senior musicologist, author, critic, columnist, able administrator/organiser and a mentor, has been serving as the Secretary of Karnataka Ganakala Parishath for over two decades. He is a proud recipient of the prestigious Kendriya Sangeetha Nataka Academy award from the President of India. He is also a trustee at the Mysore Palace Trust.

Here then is a veritable feast for the practitioners and the connoisseurs of music alike. All are cordially invited to come and partake of the offerings.