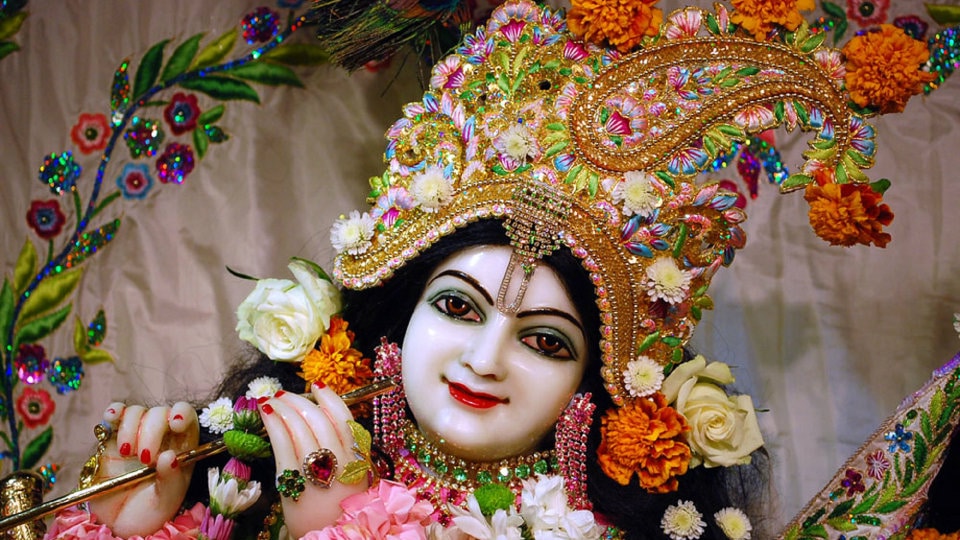 Mysuru: The twenty-sixth year Brahmotsava of Srikrishna  Temple, Gokulam 3rd stage, is being held from May 2 to May 14 with various religious and cultural programmes at its premises.

The celebrations began on Tuesday with Maha Abhisheka to Sri Krishna idol. This was followed by Hamsa Vahanotsava in the evening.

Maha Sudharshana Homa will be performed on Thursday (May 4) morning followed by grand Rukmini Kalyanotsava in the evening.

The Brahma Rathotsava will go around Gokulam on Friday morning (May 5) where people can offer puja.

On May 6 and 7, Lakshmi Homa, Ramatharaka Homa and Shanti Homa will be conducted for the welfare of the people.

As a grand finale to the celebrations, Amritha Kalashabhisheka will be held on May 8 morning followed by music concert by Vidushi Shylaja Sriram Bhat and Party at 6 pm. Shayanotsava will be held the same day at 8 pm.

Everyday prasadam will be distributed both in the morning and evening after Mahamangalarathi.

As a continuation of the celebrations, a music concert by Vidushi Lakshmi Surya Teja and Party  will be held on May 13 at 6 pm and dance feature by disciples of Dr. Vasundhara Doraswamy on May 14 at 6 pm.