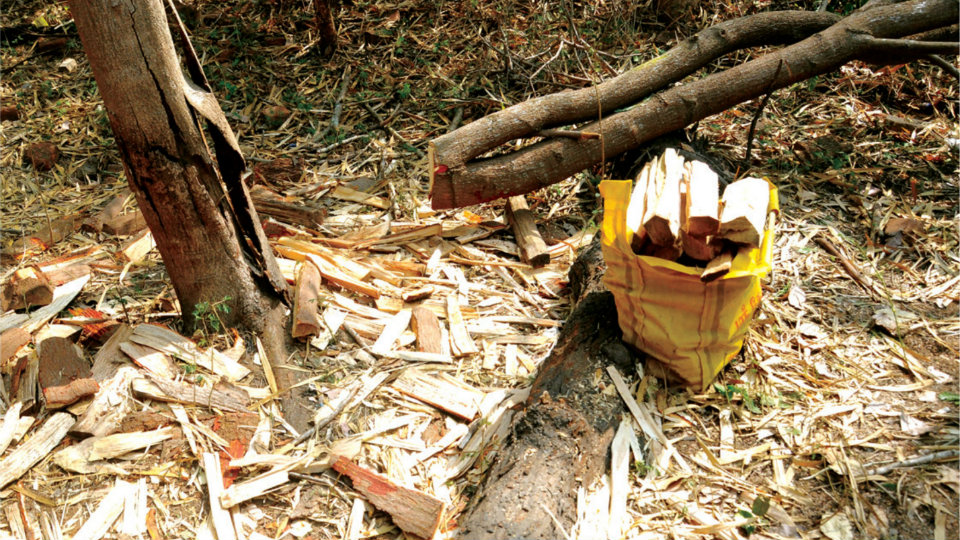 Mysuru– The City Crime Branch (CCB) Police and Kuvempunagar Police, in a joint operation, have arrested three persons involved in chopping of sandalwood tree in Lingambudhi Lake premises on Feb. 10 midnight in which a person was killed when the Forest Guard opened fire in self-defence, while seven miscreants had fled from the spot.

The arrested persons have been identified as Guru (brother of Shankar, who was shot dead by the Forest Guard), Ningaraju and Chikkaswamy, all residents of H.D. Kote. They were arrested by the cops near the car stand opposite Rural bus stand on Apr.8.