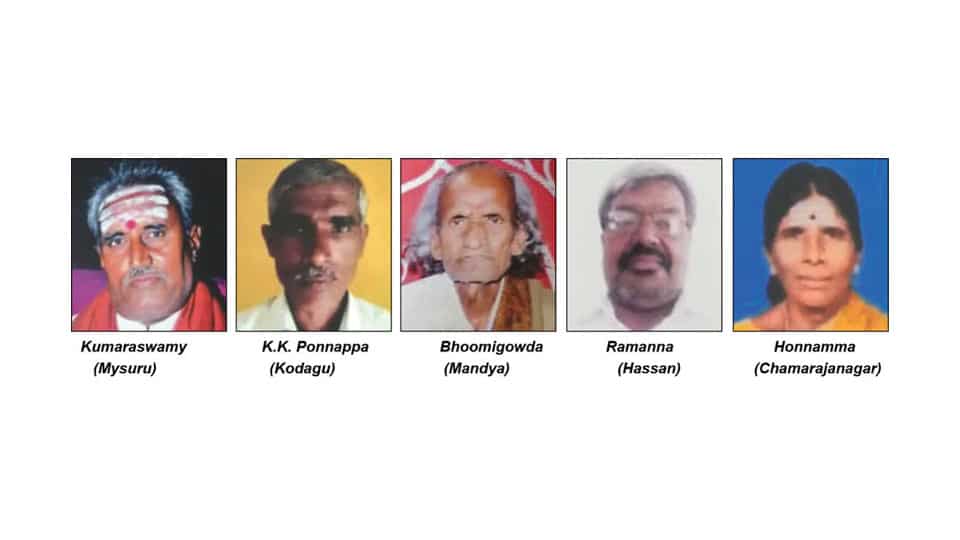 Chamarajanagar: Kamsale artiste Kumaraswamy of Mysuru and Baalopat artiste K.K. Ponnappa of Kodagu will be honoured with the Karnataka Janapada Academy Awards for the year 2020 along with 28 others.

Academy Chairperson Manjamma Jogati released the list of awardees for the first time outside Bengaluru at a press meet held at Deputy Commissioner’s Office Auditorium in Chamarajanagar recently.

The award presentation ceremony will be organised in Chamarajanagar in the first week of February, she said.

The awardees were finalised at the annual general meeting of the Academy held at Bengaluru on Dec. 11, 2020. Academy Member C.M. Narasimhamurthy and Assistant Director of Kannada and Culture Department H.K. Girish were present at the press meet.