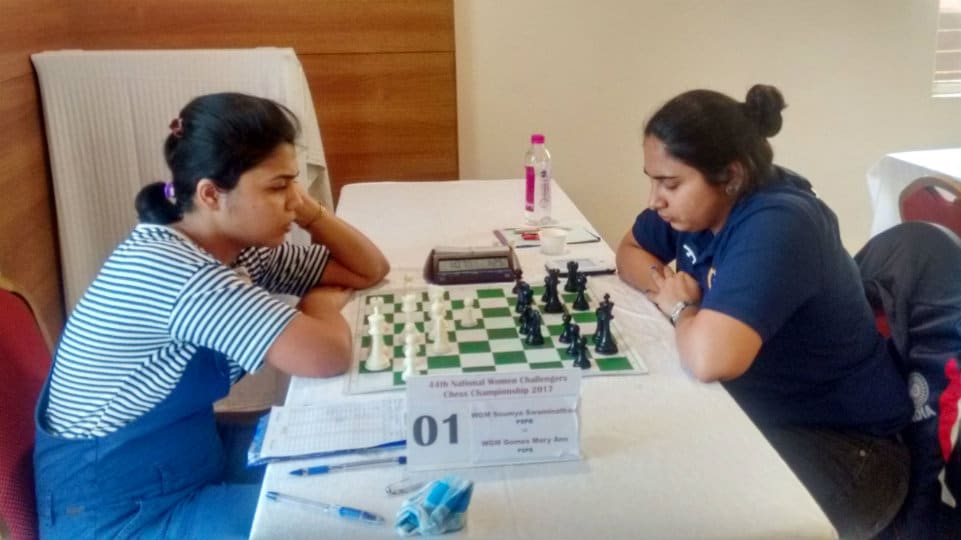 Playing on the top board with white pieces top-seed WGM Soumya Swaminathan after a bad opening recovered, but was not able to get over a cramped position against second seeded WGM Mary Ann Gomes (PSPB). The game ended in a draw after repetition of moves to a same position for more than three times, after 56 moves.

WGM Kiran Manisha Mohanty (LIC) was held to a draw by WIM Mahalakshmi (TN) in 39 moves on the second board. WGM Bhakti Kulkarni (AI) registered a well earned win over R. Divya Lakshmi (TN) who faltered in the ending game in 44 moves in the fourth board. WFM C. Lakshmi (TN) scored a convincing win over WIM Pranali S. Dharia (MAH) in 42 moves.