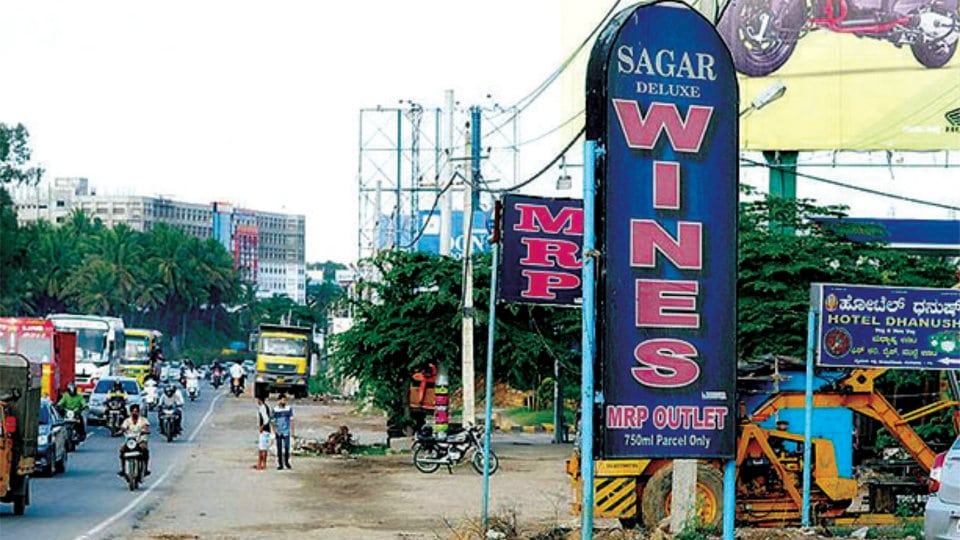 Bengaluru: The day that tipplers and bar-hoppers in the State dreaded is here, as over 6,015 liquor outlets and restaurants with bars within 500 metres of the highways will either shut down or go dry from today midnight.

In Dec. 2016, the Supreme Court ordered that no establishment would be permitted to sell alcohol if it was within 500 metres of a National or State Highway. Notices calling for closing of liquor vends across the State have been issued for them to meet the July 1 deadline fixed by the Supreme Court.

With no relief from the Centre on denotifying highway stretches, shutters are likely to come down on thousands of liquor establishments. Karnataka is not the only State grappling with the scope of the court order. While few States have opted for legal recourse and approached the court for a clarification on implementation of the order, others are finding solutions around the SC ruling.

On Dec. 15, 2016, the Supreme Court ruled that no liquor stores could operate within a distance of 500 metres of highways in the country. It was done to prevent road accidents due to drunken driving along these roads. It also ordered removal of any kind of advertisement of liquor stores and held that fresh licences would be granted after such stores relocate and comply with the court directive.

The prohibitory ruling came after a plea filed by Tamil Nadu challenging the constitutional validity of a circular issued by the Central Government asking States to shut liquor shops along highways.

In Karnataka, there are over 7,515 bars and liquor outlets along the highways and only 1,500 of them come under the guidelines as laid down by the Supreme Court. The licences of all bars will expire on June 30 and they have to apply for fresh licences. According to Excise Department, only the licences of 1,500 bars and wine shops will be renewed and the rest have to shut down.

With the ban in force, Karnataka could be staring at a huge revenue loss. This is primarily because nearly 45% of the liquor vends, including bars, pubs and high-end hotels, in the State are along the highways.

What’s worse for Karnataka is that the ban comes at a time when revenue from stamps and registration has been dipping due to a slowdown in the realty sector post demonetisation. The ban has also put thousands of jobs at risk in the hotel and tourism sector.