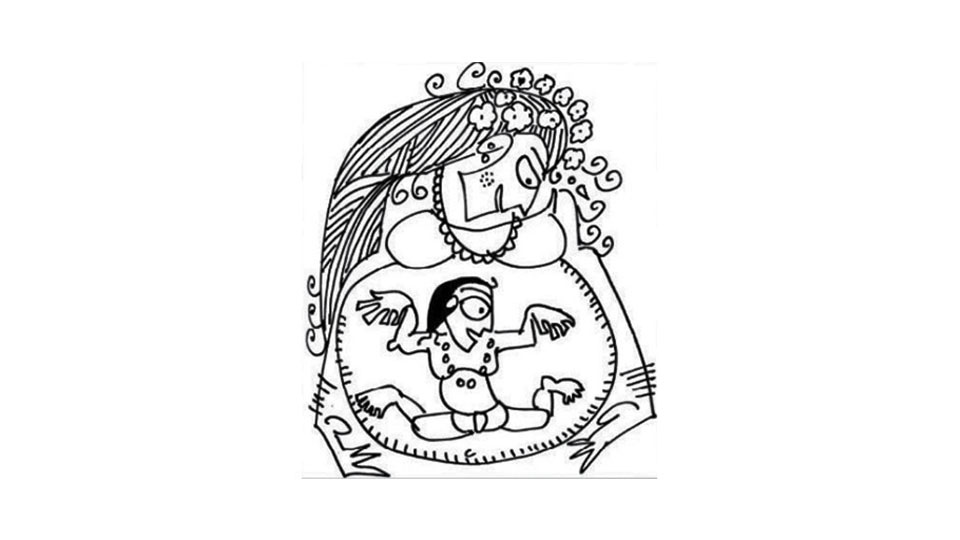 A body with eight bends

Ashtavakra is a famous rishi associated with the Upanishadic period, roughly 2,500 years ago. His conversations with Janaka are very popular, where he draws attention to the connection between the spirit within us and the spirit that is present all around us — the relationship between Jeevatma and Paramatma, or simply, Atma and Brahman. More than his philosophy, the story of Ashtavakra himself makes us think a lot about relationships between fathers and sons.

The story goes that Kahoda was once explaining the secret of the Vedas, or his understanding of the Vedas, to his wife Sujata, the daughter of great sage, Aruni. Their unborn child overheard their conversation from his mother’s womb. At one point, on realising that Kahoda had made a mistake, he corrected his father. This happened eight times: Kahoda made eight mistakes and the unborn child corrected the father eight times. This angered Kahoda so much that he cursed his own child. “Since this child thinks he is so smart,” Kahoda cursed, “that he can correct his father eight times, he will be born with eight bends in his body.” Thus, when the child was born, he was deformed, eight times bent, and so named Ashtavakra.

When Ashtavakra grew up, he became a great scholar of the Vedas. He kept wondering where his father was and was told that Kahoda had gone to Janaka’s Ashram to prove his mettle in Vedic knowledge, in a great intellectual competition. When he came of age, Ashtavakra made his way to Mithila, to King Janaka’s court. Arriving there, he was shocked to find that his father had been defeated and was kept enslaved by a man called Vandin, whose condition for debate was that losers had to become his slaves.

To free his father, Ashtavakra challenged Vandin. In the debate that followed, Ashtavakra easily defeated Vandin and liberated his father. Thus, Kahoda who had cursed his own son for being more intelligent than him, was rescued from slavery by the very same son, due to the very same intellect Kahoda had cursed him for. Kahoda realised how his pomposity had caused him great misery. The story makes us aware that even fathers can be jealous of sons. This is also the first story of a disabled sage that we find in Hindu mythology. His deformed body was no indicator of his vast intellect.

In the Krittibas Ramayana, in Bengali, roughly 500 years ago, it is said that Ashtavakra one day came upon a pile of flesh that was moving this way and that and wondered if it was a man who was mocking his deformity. But on closer observation, he realised it was a human being without any bones in his body. This man had been created by two women, without the participation of any man. He called this child, Bhagirath, one created by two women. Then, with his Siddha powers, Ashtavakra gave the child bones and made him complete. Later, Bhagirath played a key role in bringing Ganga from the heavens to earth. Bhagirath was also an ancestor of Ram.

This story shows how non-judgemental Indian sages were. They had no problem with two women making love to each other to produce a child; the problem was practical, of bones, and that was compensated for by the sage. Yet, today, the State doubts the ability of two women raising a child as two parents.