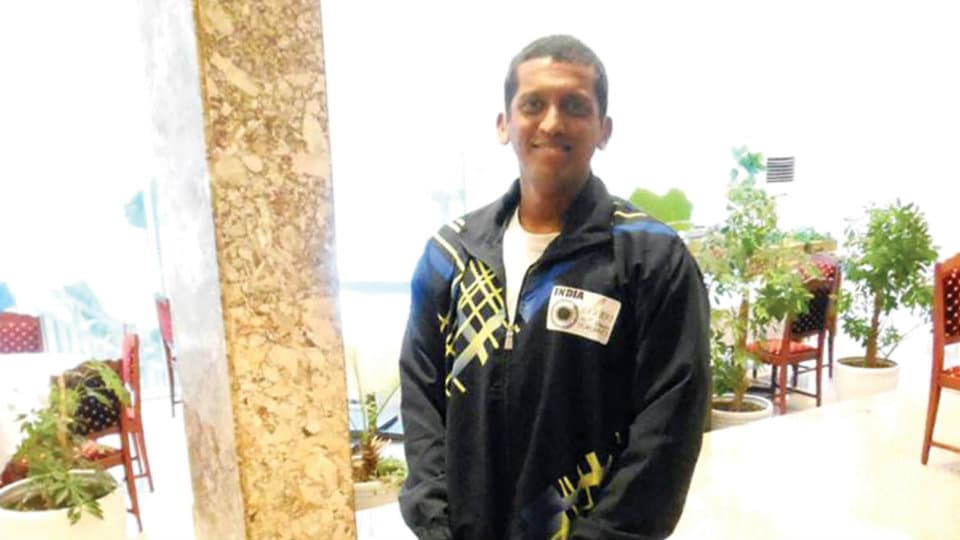 Sport is very essential for every human being. Every one has to have some physical activity and playing sport enables individuals to become healthier and better human beings. Our city’s sportsperson D.H. Prashanth, who has a hearing disability, excels in muti-sporting activities. He has been playing Lawn Tennis since his younger days and has represented India in the World Deaf Championships.

Recently, Prashanth was part of the four-member Indian team which won the Indo-Bangla Targetball Friendly Series held at Dhaka. He is our ‘Star This Week.’

Prashanth, along with Rohit, Srinivas and M.A. Thomas, represented India in the Indo-Bangla Targetball Championship held at Dhaka from Aug.1 to 3.

Prashanth, a hearing impaired tennis player, has shown that disability in any form does not come in the way of achieving set goals in life, and he has gone on to represent India in the International level.

Prashanth has represented Mysuru district tennis team four times in the State-level Dasara Games and won laurels for the district. He also represented Karnataka in the 20th National Games.

Prashanth is also involved in coaching youngsters at the Mysore Tennis Club. Prashanth intends to do well in both Targetball and Lawn Tennis and bring laurels to the country.