Home » Columns » A Time to Ponder over Nature’s Fury ! 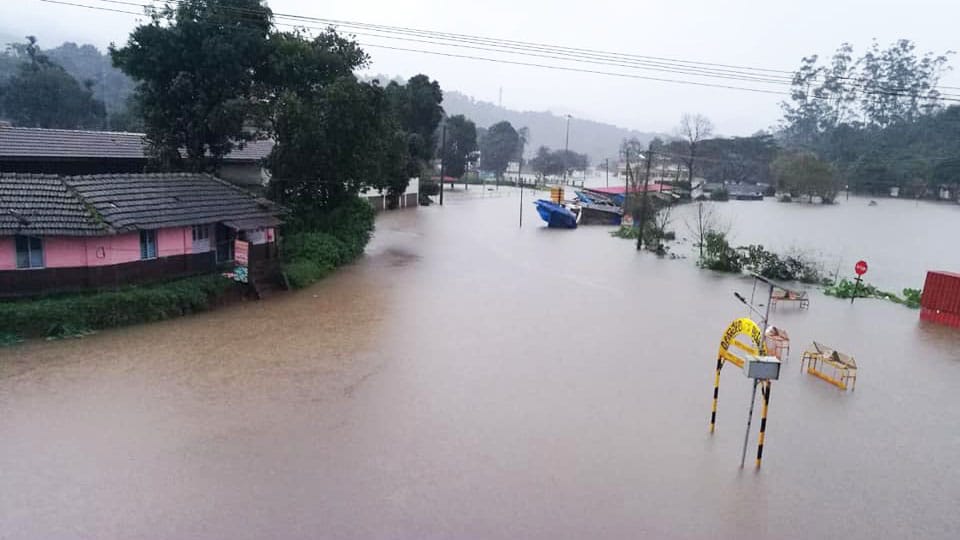 A Time to Ponder over Nature’s Fury !

Even as the affected people in flood-ravaged Kodagu and Kerala are being rehabilitated with great difficulty, we are already beginning to hear faint rumblings of a sordid blame game that is likely to assume monstrous proportions and take the centre stage very soon. We are also seeing reports in the media about how our so-called leaders are using or rather misusing this God-inflicted calamity as a God-given opportunity to get even with each other for petty political and personal gains. If not roped in and tamed effectively, this maniacal finger-pointing instead of making it clearer, is likely to only distort the entire perspective of the disaster.

And, the only way to do this is by a very methodical and scientific analysis of all the factors that were responsible for the natural mayhem that we are seeing in our immediate neighbourhood. I use the term ‘all the factors’ because this disaster certainly seems to have a multi-factorial cause. There is simply no point in fanning the fires of our imagination and blaming everything that we do not individually like as being the main cause of the calamity.

While most ordinary people feel that it is the unusually heavy rains that set the ball rolling, some others feel that a recent low intensity earthquake that was indeed recorded in the region as being the cause of all the massive landslides that we have seen, especially in Kodagu. I simply do not agree with the unusually heavy rainfall theory because this is not the first time that Kerala, Kodagu and other Malnad areas of our State are experiencing very heavy rain. Rainfall as heavy as what we have had during this monsoon was more of a rule than an exception until the mid sixties in this region. We have accurate records of the rainfall received in our coffee estate over the past one hundred years to prove my point.

At no time in the recorded history of this region has rainfall alone done the kind of damage that we are now seeing. Sadly, media reports show even our scientific agencies issuing grossly contradictory statements about what have been the causative factors. A great many people who have helplessly but with great pain and concern watched the degradation of the biodiversity of Kerala and Kodagu have their own theories. They feel it is the over exploitation of the once pristine forests for agricultural use that deprived the hillsides of the huge trees that were anchoring and holding their fertile soil in place during the monsoon months all these years.

Some Kodavas blame the alien timber lobby for mercilessly depleting the tree cover of their State which is not entirely true. They should first ask themselves how these ruthless mercenaries could have done this without the land owners themselves selling the rights for tree-felling for the sheer love of money. Some others blame the literal mushrooming of resorts and home stays that we have seen and are sadly still seeing all over Kodagu and some parts of Kerala. The indigenous people of the region, especially the ones who have not benefited from this change for the worse, tend to agree with them wholeheartedly. These in particular are the people who are not into the home stay business simply because they hardly have a place to stay for themselves, let alone making room for others!  Or they are the ones like me who do have some lands perched on some very picturesque locations but are reluctant to let others step on them for fear of sullying Mother Nature’s lap.

For the likes of us, contentment can come only from simple living in quiet solitude, tilling our lands in rain or pruning our coffee plants in sunshine! Yes, all members of my extended family face a Herculean task of explaining to people why we are not yet into the home stay business when the rest of the plantation world seems to be reaping a golden harvest from this new-found gold mine. Many people, especially in Kodagu, have over the past few years converted their estates that used to yield only coffee, cardamom and pepper into resorts and home stays that are as of now directly yielding gold! But it remains to be seen where this road will eventually take them and at what cost, as their resorts and home stays are the phenomenon that has made their beautiful land both famous and infamous too !

Even as a non-Kodava I feel very pained and anguished when I regularly overhear people bragging about the ‘time of their life’ they have during their frequent trips to Kodagu. I feel that a tiny land that has such a rich history of its unique traditions, customs and culture should not have been allowed to be the subject of such loose talk. Had they been showcased and promoted in a more dignified way, both by its inhabitants and our government, they alone would have been enough to draw the attention and respect of the world to the bewitching beauty of Kodagu and its fascinating culture. The angst and anguish of a great many conservative, tradition-bound Kodavas, especially the elders, has been muffled by the battle cries of the younger generation for quick money.

Just last evening my wife and I were in conversation for more than two hours with the family of Ulliyada Arun, a close Kodava friend of mine, who lives on the outskirts of our city. His wife Nethra painfully opined that it is only because of the disrespect to nature and the once much respected traditions of their race and land that the region was going through its present plight. But being less sentimental and more pragmatic than them in my thinking, I feel that the causes for the present natural calamity need to be investigated, studied and explained in the light of science while still respecting local sentiments.

But men will perhaps be men after all !  And, as the old saying goes… Only after the last tree has been felled, the last fish caught and the last stream poisoned, will man realise that money cannot be eaten!