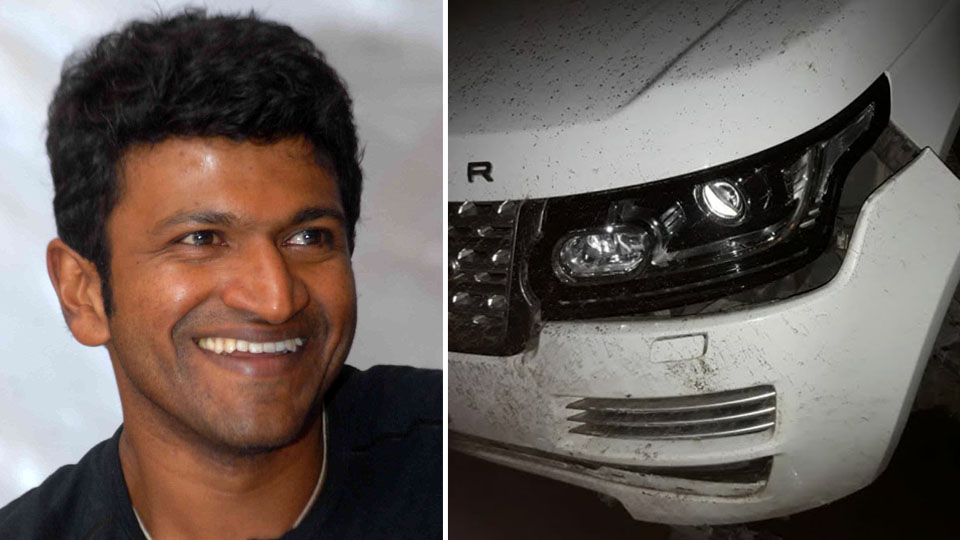 Puneeth was returning to Bengaluru after shooting for his upcoming film ‘Nata Sarvabhoma’ at Ballari, when the Range Rover SUV (KA-05-MW-144) he was driving, met with a mishap close to Anantapur town on Bengaluru-Hyderabad Highway. However, Puneeth escaped unhurt in the accident.

The accident is said to have occurred when one of the tyres of the SUV burst after hitting stones.

The car driver and gunman were the other occupants of the car.

Following the accident, Puneeth reached Bengaluru in a friend’s car, it is learnt.