Dr. Vasanth Kiran of REVA University, Bengaluru, spoke about late Dr. Vempati Ravi’s dedication and his extensive works on Kuchipudi music and dance choreography and innovation, with his students Rachana and Ashwini. 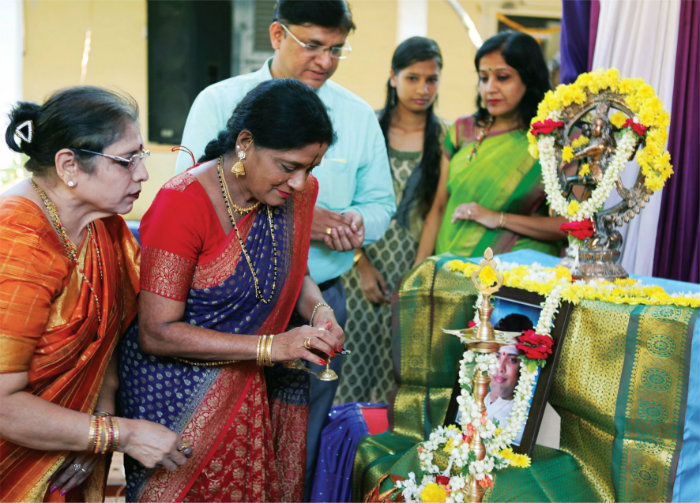 The later part was taken over by explanation on Transition of Kuchipudi by disciple of Sudha Sreedhar followed by detailed interactive demo by Guru Pasumarthy Keshava Prasad from Kuchipudi village about ‘Evolution of Kuchipudi Bhagavatars from Yakshagana to solo tradition.’ Excerpts of Bhamakalaapam were performed by Guru himself and Shri Acharya as part of the demo.

Music University Vice-Chancellor Dr. Savamangala Shankar and Dr. Vasundhara Doraswamy of Mysuru inaugurated the morning session which was attended by the students of Departments of Music, Dance and Drama, along with artistes from outside Mysuru. 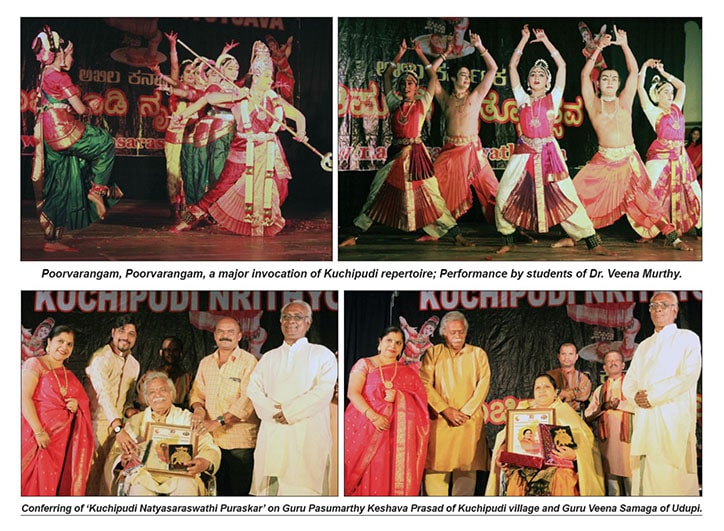 Poorvarangam, a major invocation of Kuchipudi repertoire, where cleansing of stage with sacred water and offering worship to deities ruling Rangamandapa (stage) was followed by Ganesha Stuthi performed by Natyasaraswathi students.

‘Kuchipudi Natyasaraswathi Puraskar-2018’ was conferred on Guru Pasumarthy Keshava Prasad of Kuchipudi village and Guru Veena Samaga of Udupi; ‘Kuchipudi Karnataka Madhavi Puraskar’ to Siddalingappa Acharya. Gurus, veterans and elders appreciated Dr. Saraswathi Rajathesh’s (Festival Director, who is a dentist by profession and has a Ph.D in Dance) contributions to bring Kuchipudi Festival to Mysuru.

The programme was compered by Bhuvana, a dance teacher from Mysuru. Along with Natyasaraswathi, the event was supported and co-sponsored by Dept. of Kannada Culture, Dept. of Telugu Language and Culture, Ministry of Culture, Telugu Samskruthika Samithi and Music University, Mysuru.