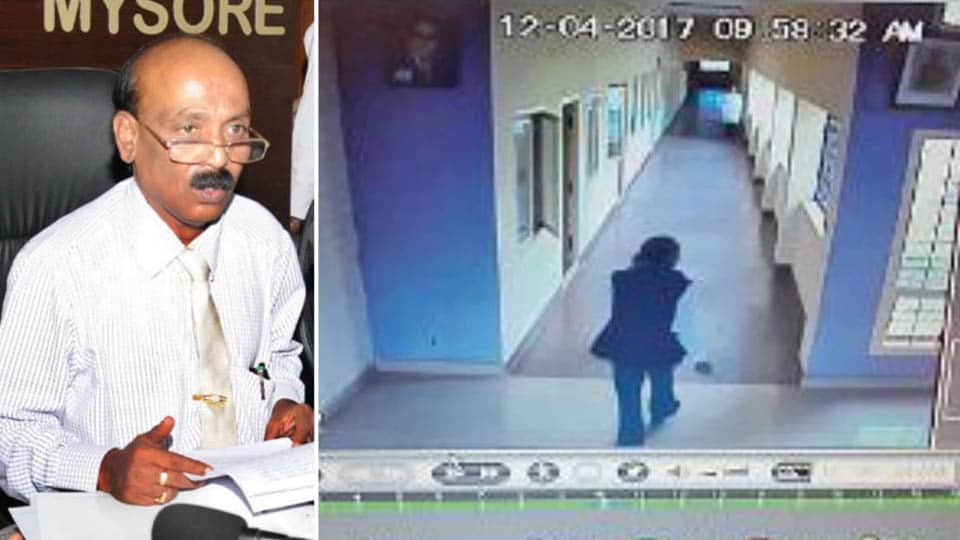 Mysuru: The Karnataka Governor’s office has asked the University of Mysore (UoM) to probe the allegations of illegal appointments of non-teaching staff and allegations of sexual harassment against the former In-charge Vice-Chancellor Prof. Dayananda Mane. Sources in the University told Star of Mysore that the letter from the Governor’s office was delivered to the office of the present In-charge Vice-Chancellor Prof. C. Basavaraju.

Sources said that the Governor’s office had received several complaints of illegal appointments and complaints of sexual harassment during Prof. Mane’s term as In-charge Vice-Chancellor. The present In-charge Vice-Chancellor has been asked by the Governor’s office to probe the allegations and submit a report as early as possible. The probe will elicit opinions from Prof. Mane and the victims of his alleged sexual harassment.

Complaints were sent to the Governor on how Prof. Mane made several appointments to the non-teaching sections of the University though he did not have powers to make appointments as he was the  In-charge VC.

It may be recalled here that Prof. Mane was in the news in April last year for frequently visiting the ladies hostel in the Manasagangothri campus prompting the then registrar Prof. R. Rajanna to write a letter to Higher Education Minister Basavaraja Rayareddy.

The letter was based on the complaints from the girl students who took offence to the then In-charge VC entering the hostel in the early hours of morning in his walking dress and at a time when the girls are dressed casually.

Reacting to the letter, Prof. Mane had clarified that the hostel inmates had requested him to personally visit the hostel as the quality of the food was bad and also requested him to install ceiling fans inside hostel rooms. He also said that he was accompanied by officials during his visit.