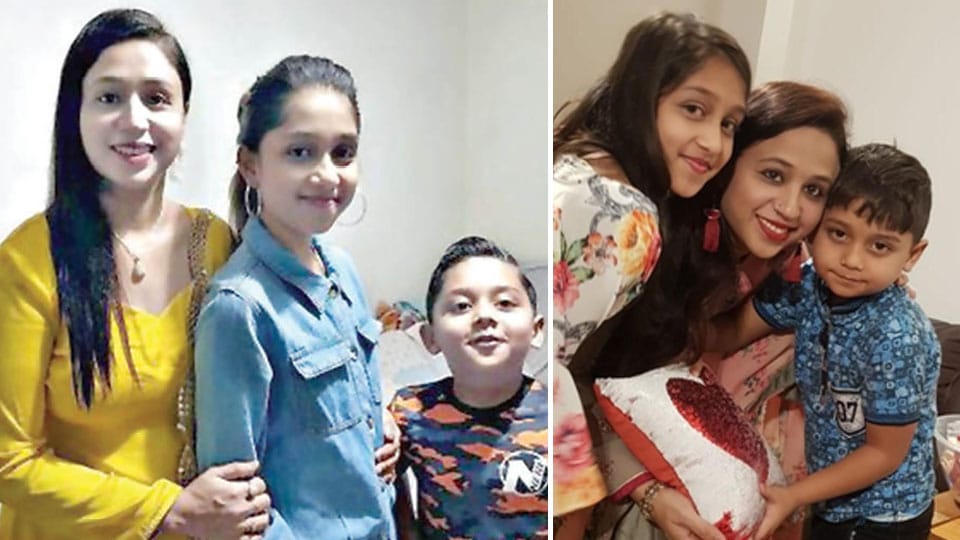 Mysore/Mysuru: The family members of the 37-year-old woman, who was found allegedly murdered along with her daughter and son at their house in Llewellyn Court, Ballinteer suburb of Ireland, have sought the permission of the deceased woman’s husband to bring the bodies to the country.

The deceased are Seema Banu (37), her daughter Asfira Riza (11) and son Faizan Syed (6). A native of Halaganahalli village in Periyapatna taluk of Mysuru District, Seema Banu, daughter of Abdul Gaffar and Kurshid Unnisa couple, was given in marriage to Syed Sameer of Mysuru about 13 years ago.

Meanwhile, Masood, a relative of deceased Seema’s family, speaking to SOM this morning said Seema’s brother Rizwan called Syed over phone yesterday but Syed did not speak though the call was connected and added that they came to know that Syed wanted to perform the last rites at Ireland itself.

He further said that the family had left a voice message on Syed’s phone requesting him to give permission to bring the bodies to India as they had to perform religious rituals following which, Syed told them that he would consult his lawyer and get back to them.

Bettadapura Gram Panchayat former member Suhail Pasha said that an appeal has been made to the Government to help bring the bodies to the country and added that no one has responded so far.

He has urged the local MLA and the MP to stand by the family and help them to bring the bodies.

It is learnt that Forensic Science Ireland (FSI) is involved in the case in which specialist scientists are examining three ligatures found at the scene at Llewellyn Court, Ballinteer, South Dublin, which are suspected of being used in the strangulation of the woman and children.