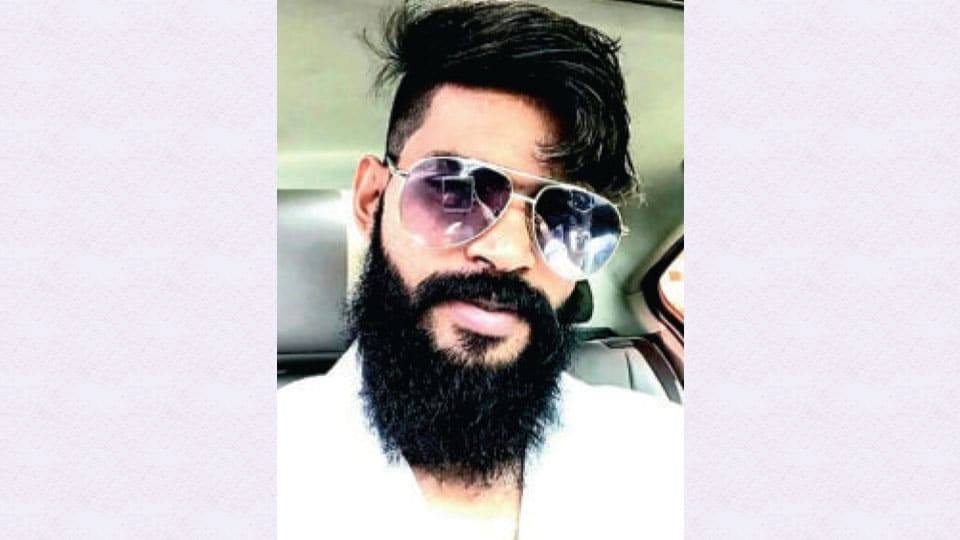 Mysore/Mysuru: A 31-year-old youth has been stabbed to death over alleged professional rivalry in Vijayanagar 4th Stage here yesterday.

The deceased is Arshith, a native of Chikkamagalur, who was running Infinity Hair and Skin Solution, a hair grafting clinic at Vijayanagar 1st Stage. Arshith was found lying in a pool of blood at about 11 am at Vijayanagar 4th Stage and he breathed his last while being shifted to a hospital.

According to the complaint lodged by Arshith’s partner Goutham at Vijayanagar Police Station, he has accused former employer Rajaram, proprietor of Hair and Skin Factory at Vijayanagar 1st Stage, Rajaram’s wife, his employees Rajath, Prashanth and four unidentified persons of murdering Arshith.

He stated in the Police complaint that he (Goutham), Arshith, Manasa and Manju, were working at Hair and Skin Factory, a hair grafting clinic of Rajaram couple and quit their jobs as the duo were allegedly making money by cheating people. Later they opened their own clinic ‘Infinity Hair and Skin Solution’ at Vijayanagar 1st Stage itself and began conducting business.

He further said that one Rajath, an employee of Rajaram, used to call them frequently over the phone and threaten of murdering them if they do not close down their business. Goutham has also stated that Rajath had  called their building owner Hemanna Gowda and had threatened him too besides accusing Rajaram and his wife of summoning Manju, the Manager of their clinic and threatening of murdering Arshith and Manju, if they did not close shop.

The complainant further stated that a few days ago, a false complaint was lodged against them (Arshith and others) through one Nandakumar, Rajaram’s employee, at Bharathinagar Police Station in Bengaluru and they had been to the Police Station to give their statements.

Goutham stated in the Police complaint that yesterday morning, Arshith went out for a cup of tea but his scooter was found lying in front of his (Goutham) house with blood spattered on the ground. On enquiry, one Pramod Kumar told him that a person riding a Honda Activa scooter rammed into the scooter of Arshith and when he fell on the ground, two persons, who came on a Royal Enfield (Bullet) bike stabbed Arshith.

The injured was shifted to a private hospital in Vijayanagar 3rd Stage in an autorickshaw but the doctors declared Arshith dead.

Vijayanagar Police, who have registered a case under IPC Section 120(B), 302 read with 34, are investigating.