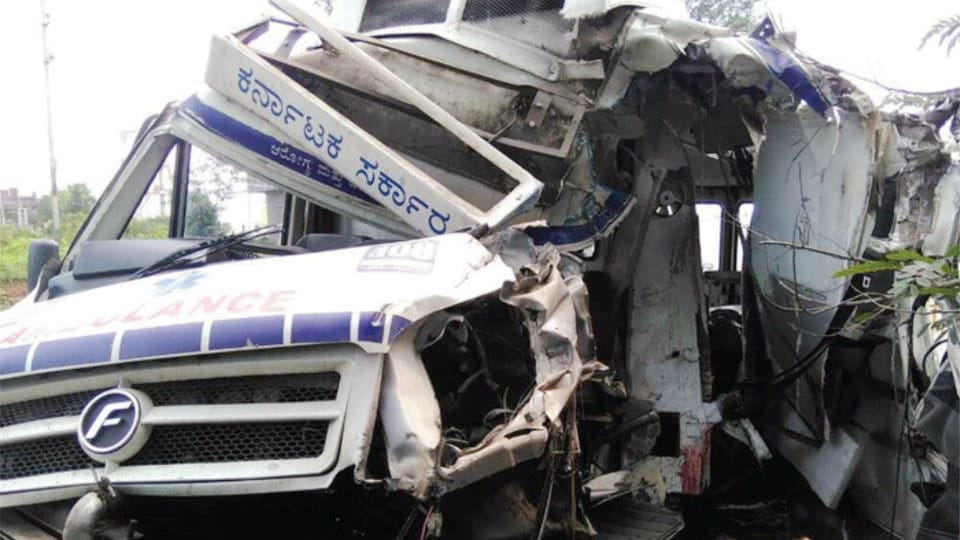 Hunsur: The driver of a 108 Ambulance was killed on the spot and the ambulance staff was injured, when a lorry rammed into the ambulance on Hunsur National Highway 275 this morning.

While the ambulance driver has been identified as Lokesh Aradhya (30), a resident of Malaganakere in Periyapatna taluk, the injured ambulance staff, identified as Anand, has been shifted to K.R. Hospital in Mysuru.

Hunsur Town Police have registered a case in this regard.