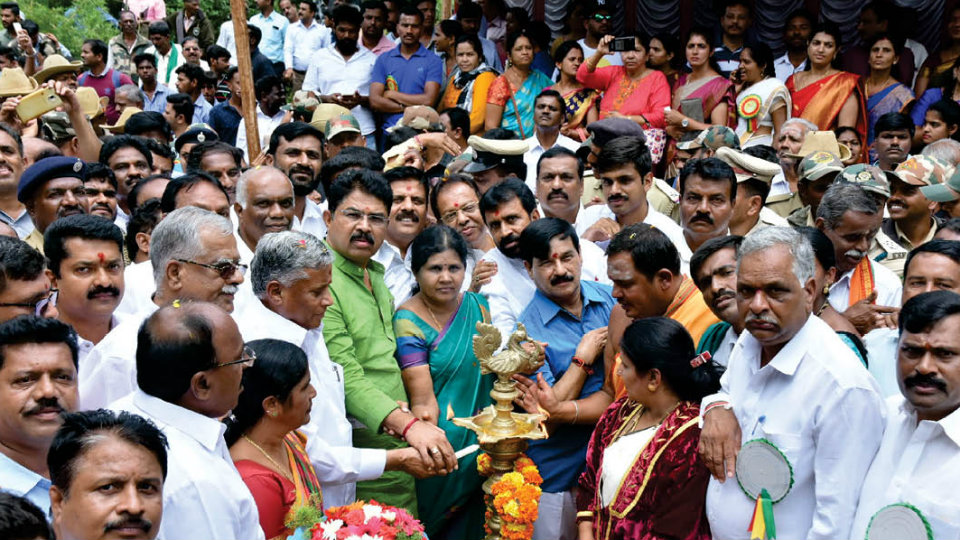 Hanagodu: More than a thousand people had gathered at Veeranahosahalli Gate where the Gajapayana was flagged off this morning. And amidst the melee, former Mayor Sandesh Swamy’s pocket was picked.

In his statement to the Police, Sandesh Swamy said that he had kept Rs. 40,000 and a mobile phone in his pocket. He along with Ministers R. Ashoka and V. Somanna showered flowers on the elephants and more and more people wanted to see the elephants in close quarters. They were surging ahead and amidst the jostling crowd, Sandesh Swamy did not realise that his pocket was picked.

Soon, Mysuru Superintendent of Police C.B. Ryshyanth launched a search but the cash and mobile phone were not found. Later, an Inspector told Star of Mysore that one person, who was moving suspiciously in the area has been detained for questioning.