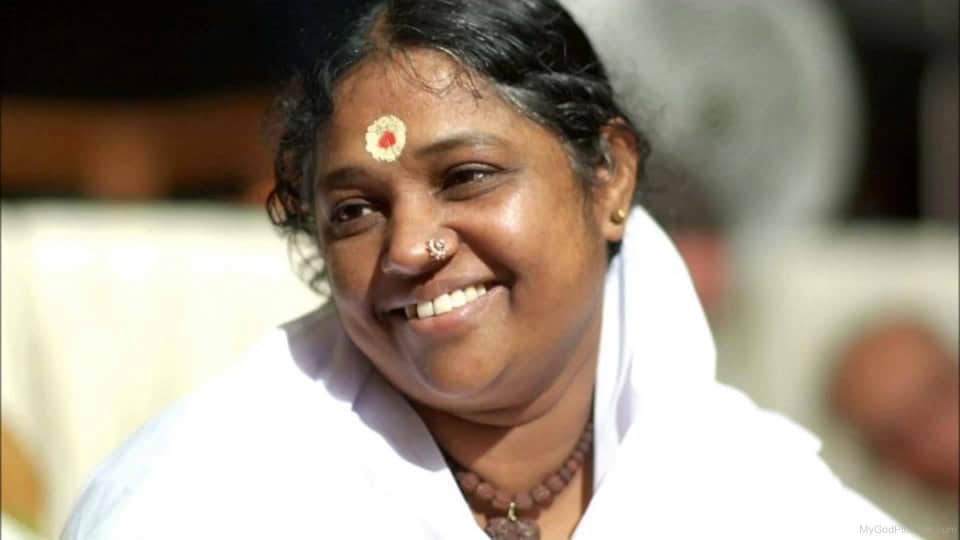 Mata Amritanandamayi, popularly known as ‘Amma’, who was on a three-day visit to Mysuru to participate in the 17th anniversary celebrations of Brahmasthanam Temple of Mata Amritanandamayi Mutt in Bogadi, left for Bengaluru last  night where she will be taking part in the two-day satsang, bhajan and meditation programmes.

Yesterday, being the last day of her visit, many devotees visit the Ashram in Mysuru and sought the blessings of ‘Amma’. She also distributed sarees to poor women and later in her address ‘Amma’ said that love and affection among people was reducing as stress and tension had taken over.  Calling upon people to give importance to love and affection, she said that the Indian tradition and culture has been an inspiration to the world and it was important for us to carry forward the same for the future generations.  Vachanananda Swamiji, former MP A.H. Vishwanath, former MLC G. Madhusudan, BJP City President Dr. B.H. Manjunath, MyLac Chairman H.A. Venkatesh and others were present at the Ashram.