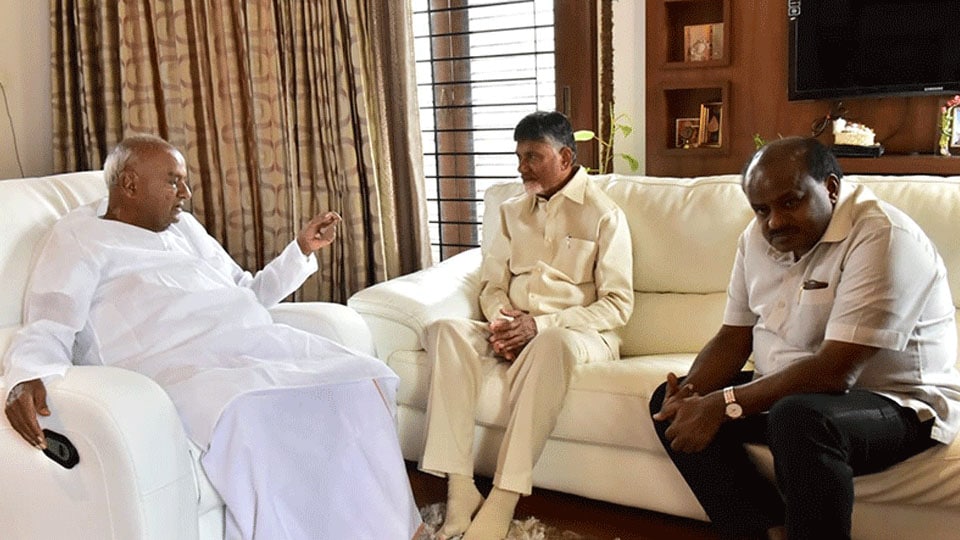 Andhra CM to pitch for Nikhil in Mandya today

Nikhil is facing a tough fight from actor Sumalatha, the wife of late actor and former MinisterAmbarish. Sources told Star of Mysore that Naidu will campaign in Pandavapura assembly segment including Melukote and other areas as his (Naidu) community votes are concentrated more in these places. He would take off on a special flight from Gannavaram at 2 pm and reach Pandavapura at 4 pm.

It may be recalled here that Naidu has been working with various national and regional parties tao form a non-BJP platform at the national level. Even former Karnataka Chief Minister H.D. Deve Gowda had campaigned for the TDP in the just-concluded AP elections.

Incidentally, in several constituencies in Karnataka including Bengaluru city, Telugu people constitute a major chunk of the electorate. To keep the friendly ties intact, Naidu would be campaigning in Karnataka for the JD(S), according to sources.