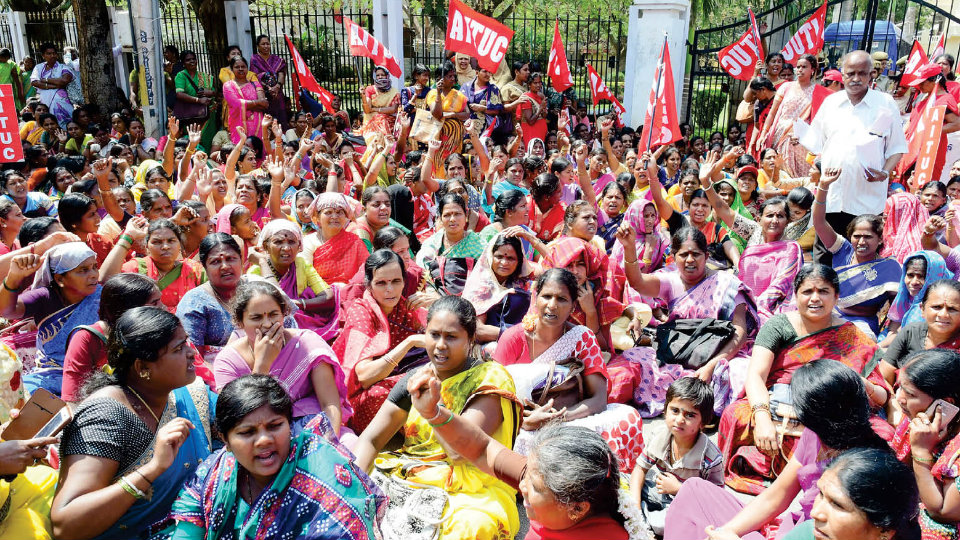 They shouted slogans against the Centre for not implementing this order till today. They also urged to regularise their jobs, to ensure minimum monthly wages of Rs. 18,000, ESI, PFI and job security benefits.

The rally passed through Narayana Shastri Road, Chamaraja Double Road, Ramaswamy Circle and culminated at Zilla Panchayat Office where they submitted their memorandum.

They also demanded  an increase in honorarium and retirement benefits “In neighbouring Kerala the workers are paid Rs. 12,000, but the Central government had increased the amount by Rs. 1,500 last year but the workers are yet to receive this amount,” they said.