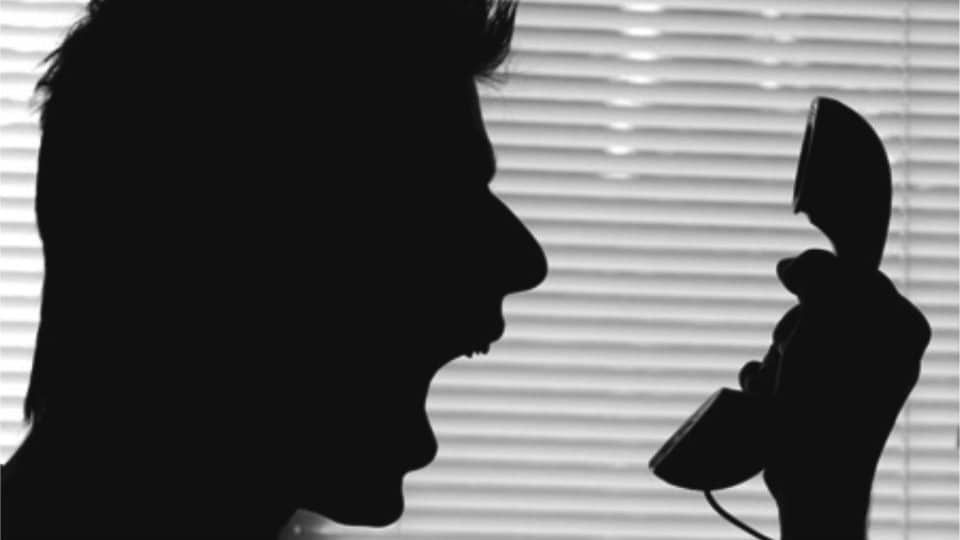 An interesting story: There was once a young lad who used to get angry at the touch of a button. His father gave him a bag of nails and told him to punch a nail to the fence every time he felt angry. The first day the lad was so angry he punched about 37 nails on the fence. Slowly some time passed and the lad learnt to control his anger and a time came when he did not put a single nail on the fence.

Now the father told him to remove a single nail everyday when he did not feel angry. It took many a weeks before all the nails could be removed.  When the last nail was removed from the fence, the lad took the father to the fence and told him proudly that he had at last learnt to control his anger. The father then told him, “Son, I am glad you have been able to control your anger but please have a look at the fence. It has been permanently disfigured. When you show your anger on someone, it leaves a permanent scar on that person. With time, the  hurt may reduce but the scar always remains in his heart.”

A simple story with a deep meaning. How true, the scars of an angry duel can remain for lifetime resulting in broken relationships.

What is anger? A strong feeling of annoyance, displeasure, hostility, irritation, indignation, resentment, rage. Depending on the degree, each of these feelings will manifest to anger.  But a shocking truth: anger is a healthy and normal emotion as long as it is under control; anger also has a physical side to it. Have you noticed how your heart and pulse rate shoot up when angry?  If you are a heart patient, these are dangerous signs and need controlling. Anger is also a genetic trait. That is the reason you notice some children always are more prone to anger than others but it is the duty of the parents to counsel and train their children to control their anger.

Now let us enumerate some tips to reduce tension and anger: Lot of people recommend a count of ten to control anger. I recommend counting backwards from 10 to 1. Have tried it and it works.

Have you noticed when one is angry you breathe in more than you breathe out. Try reversing this. It works wonders. Your mind calms down immediately. I am reminded of a story of the Buddha: Once Buddha and his disciples were crossing a stream where some washer-men were washing their clothes. Buddha asked his disciples to go and get some water. They returned empty-handed saying that the water was muddy and not fit for drinking. The washer-men finished their work and went away. And Buddha asked his disciples to get water again. This time the  river was clear and they could get water to drink. Buddha then told his disciples, “Mind is like a river. If you meddle with and disturb it, it becomes muddy and when calm, it is so peaceful and clear. When the washer-men were working, the water got disturbed and hence muddy and now did you notice how clear it is ?”

READ ALSO  Whatever you do, do it well...

What is the moral of the story? Do not disturb the mind unnecessarily; a  peaceful mind is always calm and clear.

One should learn to manage the anger; once you know that you can control your anger, half the battle is won.

It is also a fact that certain exercises like walking, yoga, meditation etc., can reduce the stress to a large extent. It is a misconception that consumption of alcohol or nicotine can reduce tensions and reduce anger. On the contrary, it can increase stress on your body. It is important that one relaxes and gets a good sleep. Lack of good sleep is a big irritant. If by chance you are not getting a good sleep, there are some exercises which might help but do not get used to sedatives to sleep; consult your doctor.

Getting creative like dancing, painting or singing also helps a lot to control anger. One of the most important tip for reducing anger is sharing with some friend or your partner who is a good listener. Pour out your grief and immediately you will  feel better. In Japan, most of the offices have a room where they hang out a dummy of the “boss.” One can go into that room, yell, curse and box out your frustrations on the dummy. Very effective. This ensures that these workers do not carry their anger home and vent out at their spouses. Half the problem is solved if one is able to recognise that one has a problem. If one’s anger is leading to domestic violence and other complications, it is better to take professional help. There are trained counsellors or therapists who can help you out with this complications.

It is important to ensure that anger does not get converted to rage which sometimes cannot be controlled. Road rage is one such complication.

When one is talking of anger, it should also be mentioned that anger has its positive side too. In service, it is often noticed that one just does not needle a  boss who is prone to anger. Union meetings are tricky and sometimes one has to get out to avoid giving some commitments. So I have feigned anger on some silly matter and walked out.  I recollect a friend of mine, Dhirendra Singh, IAS, who was the DC of Hassan in 1976. He would deliberately throw all files left and right for a week’s time after taking over any position and create a myth of being a tough and no-nonsense officer. He said that after this one week’s exercise, lots of not so important files would not come to him at all and only genuine cases would come to him. I have used this trick all over my postings and can vouch that it works.  Any CEO should learn how to feign anger to keep his subordinates on leash.

Let us take sports, aggression works. All the cricketing greats like Virat Kohli or Sachin Tendulkar have admitted that what motivates them to greater performance is aggression fuelled by anger. Have you seen any boxing bouts? Why do these boxing greats work themselves up shouting and egging their opponents? Anger brings out the best in them and improves their performance.

On the contrary, have you tried cooking when angry? The net result is normally a disaster.

Ironically, “fear” controls anger. A lady is being molested, why no one goes to her rescue? A gory accident has taken place. Every body is busy taking selfies and no one comes forward to help ? Fear factor.

To conclude, anger in control has both positives and negatives but when not in control can be disastrous. Prevention is always better than cure. So follow the tips given above to control your anger and once you have mastered it, then life is smooth and easy.

Anger N.K.A. Ballal
Great Bombay Circus to conclude on May 28
Special diet for devotees with diabetes at Ganapathy Ashrama