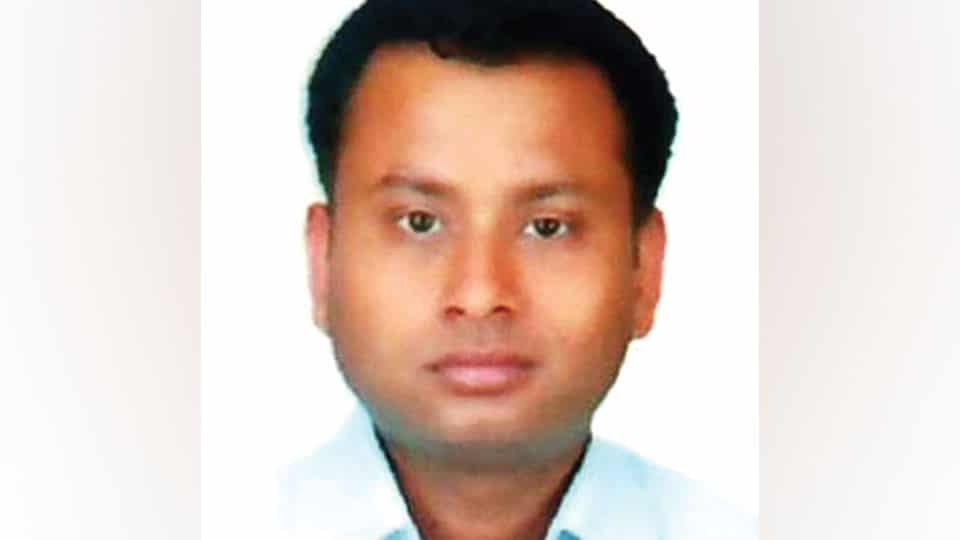 Lucknow: The post-mortem examination of Anurag Tiwari’s body at Lucknow has failed to conclusively ascertain the cause of his death. The autopsy report mentioned “asphyxia, cause? Hence viscera and blood samples preserved for chemical analysis and heart preserved for histopathological examination.”

A panel of four doctors had conducted the post-mortem examination of the body.

Even as the post-mortem report remained ‘inconclusive,’ Lucknow Police Chief Deepak Kumar said that the samples would be sent to the Forensic Science Laboratory (FSL) for examination. Kumar had on Wednesday, attributed the death to ‘traumatic injury’ and said that there was an injury mark on Tiwari’s chin.

Tiwari, who was the Commissioner, Food and Civil Supplies Department in Karnataka, had arrived in Lucknow from Mussoorie in Uttarakhand after undergoing training and had been staying at the Meerabai Guest House in Lucknow. His body was found lying on the side of a road, a few metres away from the Guest House on Wednesday morning.

Meanwhile, the mystery behind his death acquired political overtones in Lucknow on Thursday.

The BJP-led Government sought to link Tiwari’s death to what it claimed was the IAS officer’s role in ‘exposing’ a scam worth over Rs. 2,000 crore in Congress-ruled Karnataka.

UP Minister for Parliamentary Affairs Suresh Kumar Khanna said in the Assembly on Thursday that  ‘The family of the officer said that he was about to expose a big scam in Karnataka.’ Pointing out that there was nothing to hide, Khanna said the Government will probe the matter and the guilty will not be spared. In Bengaluru, Karnataka Food & Civil Supplies Minister U.T. Khader on Thursday said Tiwari had not brought any scam in the department to his notice. “He (Tiwari) never mentioned about any scam. He was also in- charge of the Karnataka Food and Supplies Corporation. If there was any such scam, he would have brought it to my notice,’ Khader said.

Anurag Tiwari
KULBHUSHAN JADHAV CASE: ICJ Court stays hanging; Modi Govt. says will do everything to save him
The Generic Muddle Unravelled !