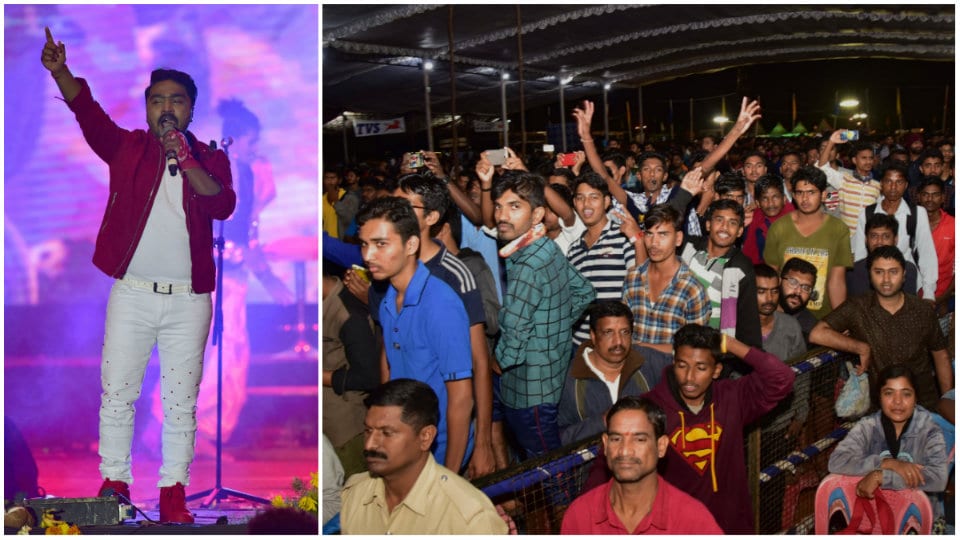 Mysuru: It was the most awaited concert and it proved to be the most entertaining to the audience present at Maharaja College Ground despite heavy showers yesterday.

Renowned composer Arjun Janya took the audience on a musical journey through his chart-buster songs.

He started the concert with ‘Jai Jai Jai Bhajarangi’ from Dr. Shivarajkumar-starrer ‘Bhajarangi.’ Later, terming ‘Kiccha’ Sudeep as his Godfather, Arjun rendered the title song from the movie ‘Hebbuli’ to which the audience jumped and enjoyed.

Another talented singer Anuradha Bhat, who was part of Arjun Janya’s team rendered the song from the movie Chowka.  Mysuru’s Vyasaraj rendered the title song of Darshan-starrer ‘Chakravarthi.’