Home » Voice of The Reader » Armed Forces Memorial at Mysuru 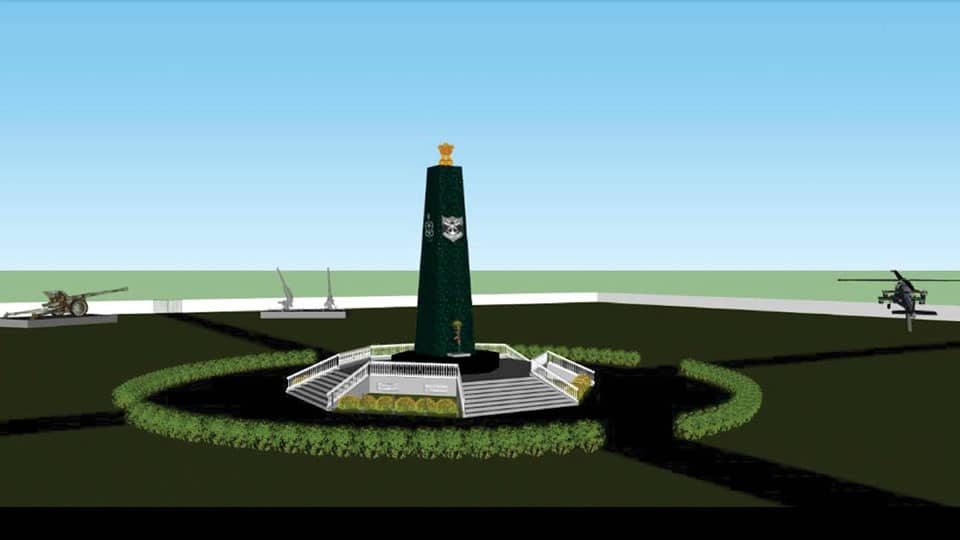 It is of interest to know that our PM Narendra Modi, during his recent historic visit to Israel, accompanied by his Israeli counterpart Benjamin  Netanyahu made it a point to visit the War Memorial at Haifa where 99 years ago during World War I, our Mysore Lancers had played a prominent part in its liberation from Turk occupation.

It may be recalled that our Mysore Infantry had also fought gallantly during World War  II in the liberation of South East Asian countries from Japanese occupation. There is an impressive cemetery and War Memorial at Singapore to pay homage to their sacrifices.

Our State Forces after the Independence had fought in J&K and Hyderabad. After the merger of Mysore State Forces with the Indian Army, our soldiers from Mysore had taken part in 1962, 1965, 1971, Sri Lanka and Kargil operations besides counter insurgency operations in which several  sacrificed their lives and continues to do so. There are Police and Forest Department Memorials in Mysore, but for some reason there is no Memorial for Armed Forces, whose members have made much greater sacrifices.

Due to the initiative of the then Deputy Commissioner, P. Manivannan, a Detailed Project Report was prepared for the construction of Armed Forces Memorial (Sainikara Smaraka) at Mysore in the year 2010 with the active involvement of Revenue Officials, MUDA, Mysore City Corporation, Horticulture Depart-ment, NCC, CAVA,  some leading architects from Mysore and the Sainik Board.

A Public Hearing was held  before the Project Report was approved and submitted to the State Government duly recommended. But as usual with our bureaucracy, there was hardly any progress.

It is to the credit of present Deputy Commissioner D. Randeep and Assistant Commissioner C. L. Ananda (now transferred to Bagalakote) that the Project got the much- needed impetuous. A draft ‘Deed of Armed Forces Memorial Trust’ under the Deputy Commissioner to assist him in the construction, administration, accounting and upkeep of the Monument was prepared after wide consultation about three months back, which requires his approval; but I regret to state for reasons unknown, the file is again gathering dust!

We must learn from countries such as Israel, how to respect  those who made supreme sacrifice for the country. I request the DC to approve the Trust Deed without delay and seek funds from the CM to release the funds required. The Monument once completed will not only add to the heritage value of our city but will also motivate our youth to join the Armed Forces and build patriotic spirit.