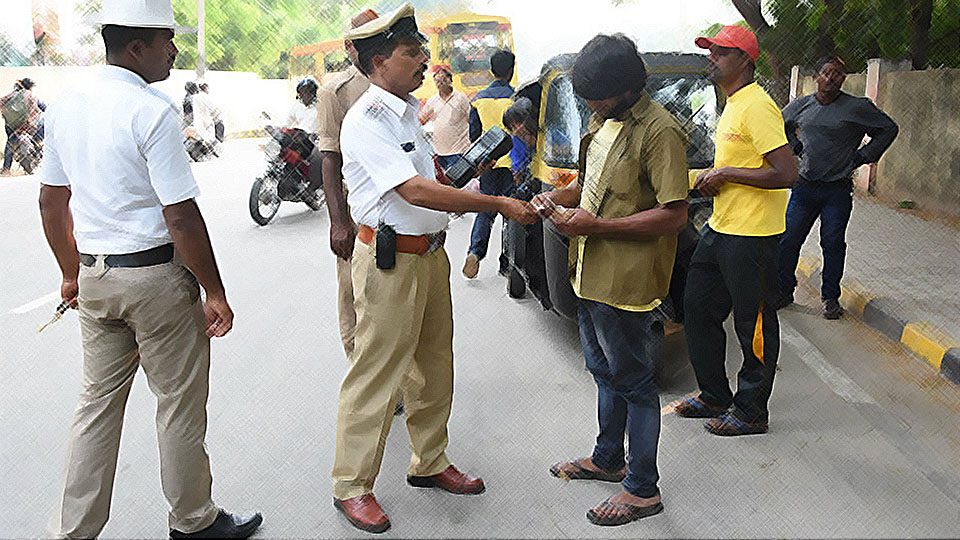 ASI injured as auto hits him during checking of vehicles

Mysuru:  An Assistant Sub-Inspector (ASI), attached to Devaraja Traffic Police Station, was injured when an autorickshaw hit him near Sub-Urban Bus Stand while checking vehicles on Tuesday.

The injured ASI is Vishwanath, who is undergoing treatment at a private hospital in city.

ASI Vishwanath and staff were conducting checking of vehicles near the Pre-Paid Autorickshaw counter yesterday morning when the ASI saw an auto driver driving the auto without uniform and proceeded towards the auto to stop it.

The auto driver, identified as Mudasir, in a bid to escape from the Cops, hit the ASI resulting in the ASI suffering from injuries.

A case has been registered at Devaraja Traffic Police Station in this regard.