Home » News » I asked Harshal not to go there but he jumped into the spot, says friend 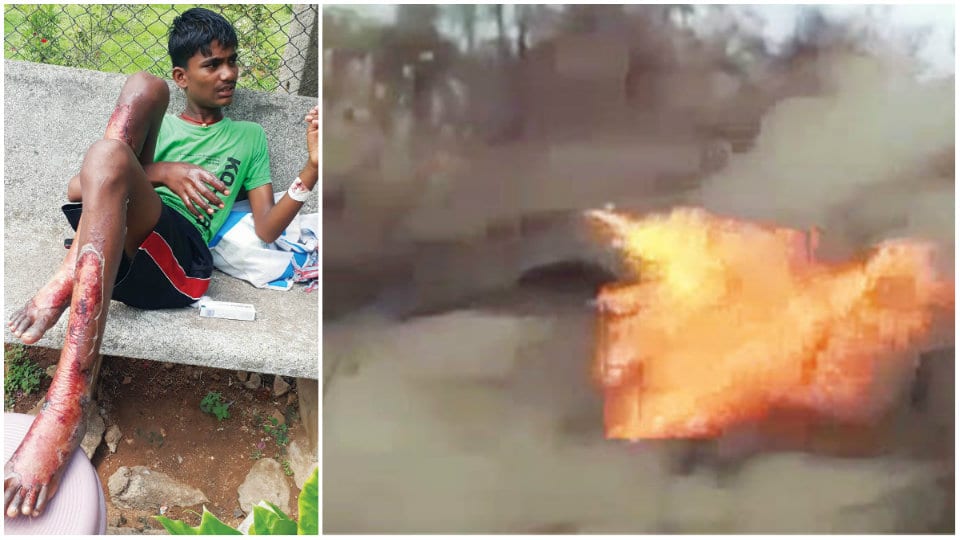 I asked Harshal not to go there but he jumped into the spot, says friend

Mysuru – “I want to see my friend Harshal and he was very dear to  me…Please show me my friend and I want to play with him and please don’t tell me he is dead…” these were the words of a teary-eyed Manoj, Harshal’s friend who is being treated for burn  injuries at K.R. Hospital.

14-year-old Harshal, a student of Naganahalli Government School and a resident of  Shyadanahalli near Belavatha, died of burns he sustained in an open field that was used to dump chemicals illegally. Harshal had been to the field on Apr. 13 along with his friends and slipped into loose soil and sustained grievous injuries as the soil was burning due to a high concentration of chemicals. Harshal, who was in the ICU at the K.R. Hospital died yesterday. Manoj, who is undergoing treatment at K.R. Hospital.

Speaking to Star of Mysore this morning, Manoj said, “We were four friends. Harshal, I, Yashwanth and Ullas and we had gone to the vacant land to play cricket as it was a holiday season. We entered the land and soon, my right leg got buried in the loose soil. It was very hot and I immediately pulled out my leg. Unable to contain curiosity, Harshal jumped on the soil and the hot soil easily pulled both his legs. He did not listen to me and jumped just to satisfy his curiosity.”

Seventeen-year-old Manoj now regrets as he could not prevent Harshal from stepping on the hot soil. “The moment Harshal was pulled in, he realised that it was hot and started screaming. Our other friends rushed to the place hearing his screams. Harshal tried in vain to pull himself out and in the process, he sustained injuries on his arms too,” said Manoj, unable to control his tears.

“We all pulled out Harshal but by that time, he had sustained severe burn injuries. Later, some villagers took Harshal and me to the hospital. Many times we had gone to the place and this is the first time we are experiencing such a thing. I lost a good friend,” he said.