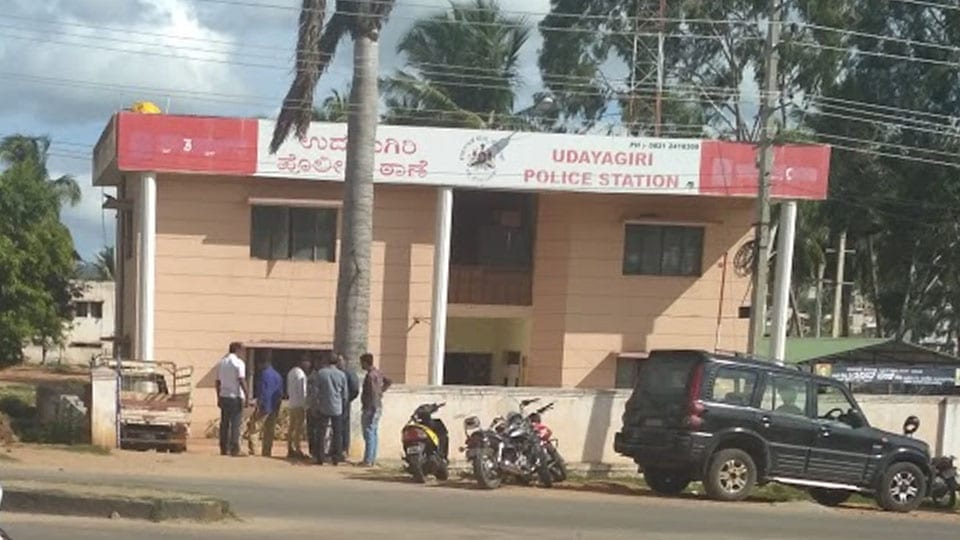 The persons against whom cases have been registered are Shabaz, Jamsheed, Tipu and Azar, said to be the supporters of Ayaz Pasha, who has won the MCC polls from Ward No. 12.

It is learnt that, after the results were out, the supporters of Ayaz Pasha were celebrating during which they allegedly assaulted SDPI activists Mohammed Attar, Rakhib Baig and Yasin Shariff.

According to the complaint lodged by victim Mohammed Attar, the supporters of Ayaz Pasha had assaulted them as they had worked for SDPI. He has further stated that his father-in-law was admitted at K.R. Hospital and had to be shifted to Jayadeva Hospital for further treatment for which he collected Rs.80,000 cash from his brother-in-law Shoufiq and was on his way to the hospital.

As he was proceeding to the hospital, he met his friends Rakhib Baig and Yasin Shariff and were talking on the roadside during which Ayaz Pasha’s son-in-law Shabaz, brother Jamsheed, son Tipu and Ayaz’s brother’s son Azar were celebrating the victory of Ayaz. When they saw the trio standing and talking, Shabaz who saw them began to humiliate them.

He has further stated in the complaint that Tipu and Azar, caught hold of him, blocked his way and tore his clothes and added that Shabaz assaulted him on his cheek and forehead with a knife, while Jamsheed picked up a stick lying nearby and also assaulted him.

When his friends Rakhib Baig and Yasin Shariff rushed to his rescue, they too were assaulted, Mohammed Attar said and added that when the public began to crowd the place on hearing his screams, the assaulters threw the knife and stick and threatened to kill them if they worked against them. He has also stated that he lost Rs.80,000 cash and his mobile phone during   the assault.

Mohammed Attar, in his complaint, has further stated that when he was campaigning for SDPI candidate Nasrulla,              Ayaz Pasha had threatened him by saying “You are working against me, let the result come, I will see you.”