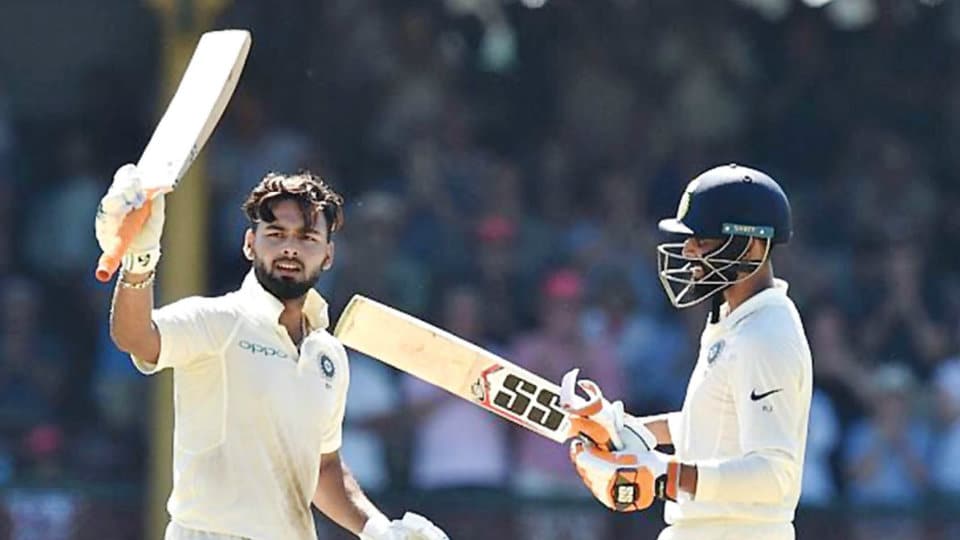 Sydney: India declared at a massive 622 for seven in their first innings after centuries from Cheteshwar Pujara and Rishabh Pant. Pant was not out on 159, the second of his career, to pile more pressure on Australia on day two of the fourth Test at the Sydney Cricket Ground (SCG) today before India declared for 622/7. The 21-year-old left-hander smashed eight boundaries in his composed 137-ball knock, building on 193 from Cheteshwar Pujara to steer India to 622 for seven in the final session of the day. Pant’s ton came from a four off spinner Marnus Labuschagne and became the first Indian Wicket Keeper to score a Test century in Australia.

Pant also became the only second visiting wicket-keeper to register Test centuries both in England and Australia. Jeffery Dujon, with hundreds in Manchester and Perth in 1984, was the first.

Pant is now the second highest run-scorer in the ongoing four-Test series in Australia. He overtook Virat Kohli’s 282 runs and trails only Cheteshwar Pujara, who leads with 521 runs. Moreover, Pant became the first wicket-keeper from the subcontinent to score over 200 runs and take 20 catches in a Test series.

Pujara made 163 and Pant was not out 159 when skipper Virat Kohli made his call in the final overs of the day after Ravindra Jadeja was out for 81.

The visitors lead 2-1 and only need a draw to clinch their first-ever series win in Australia.

Meanwhile, Australia had scored 24/0 in 10 Overs with Marcus Harris batting on 19 and Usman Khawaja on 5, when we went to the press.
There are three days left in this Test match and it will truly be a miracle if Australia can get themselves into a winning position from this point.