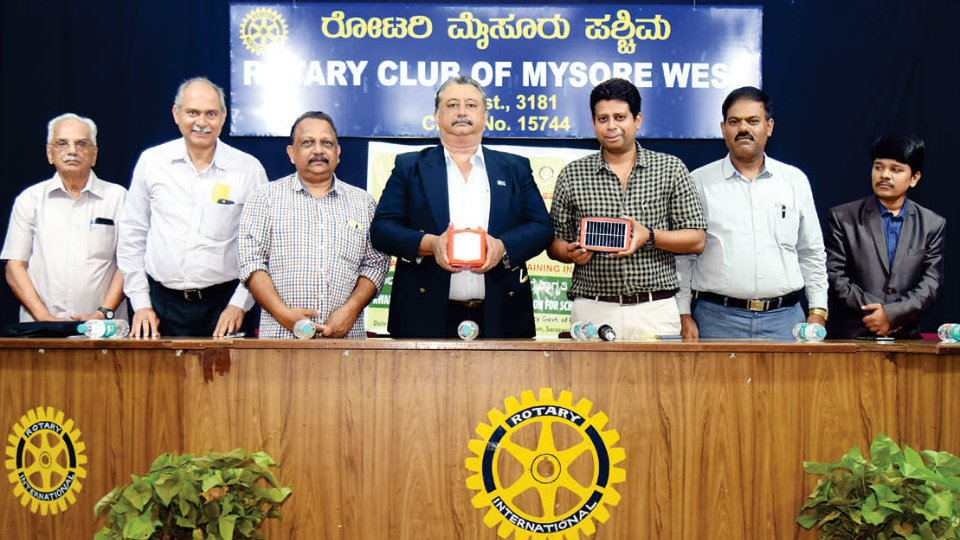 The awareness programme was held to create a sense of responsibility among students towards the current energy crisis and to inspire them to spread awareness on renewable  energy resources.

Rotary West Mysore President P.A. Nanaiah inaugurated the workshop by switching on a LED Solar Lantern. Speaking on the occasion, he said that renewable energy like solar power would never deplete and should be harnessed efficiently to deal with power crises.

More than 150 students got first hand understanding of how solar water heaters, solar cooking stoves, solar street lights and solar LED lamps work. The energy is not only renewable, but clean and hence “green” was the take home message