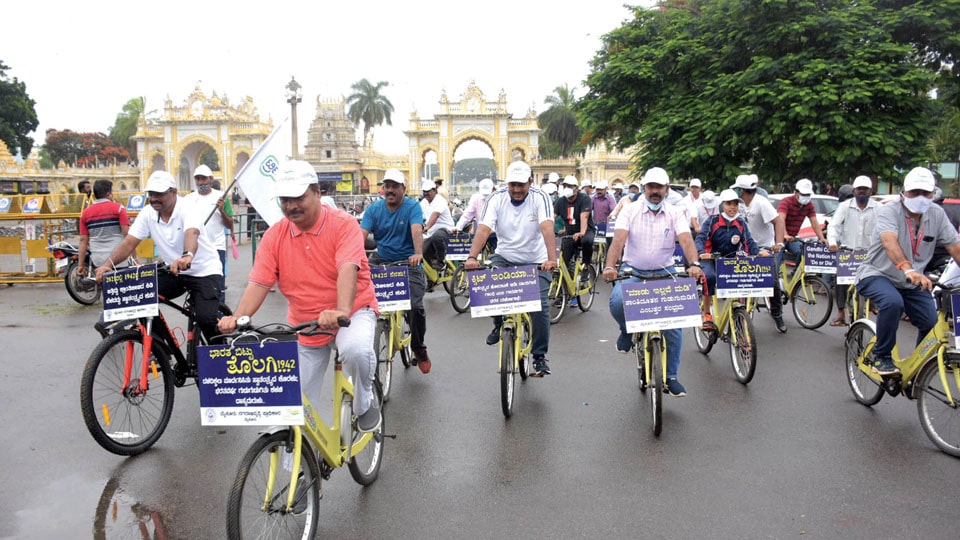 As part of Azadi Ka Amrit Mahotsav being held nationwide to celebrate the 75th year of Independence, Mysuru Urban Development Authority (MUDA) had organised a bicycle rally in city this morning to remember Quit India Movement.

Over 100 employees of MUDA, led by Chairman H.V. Rajeev and Commissioner D.B. Natesh, took part in the rally.

Speaking on the occasion, Rajeev remembered all those who fought for the freedom of the country and spoke about Quit India Movement.