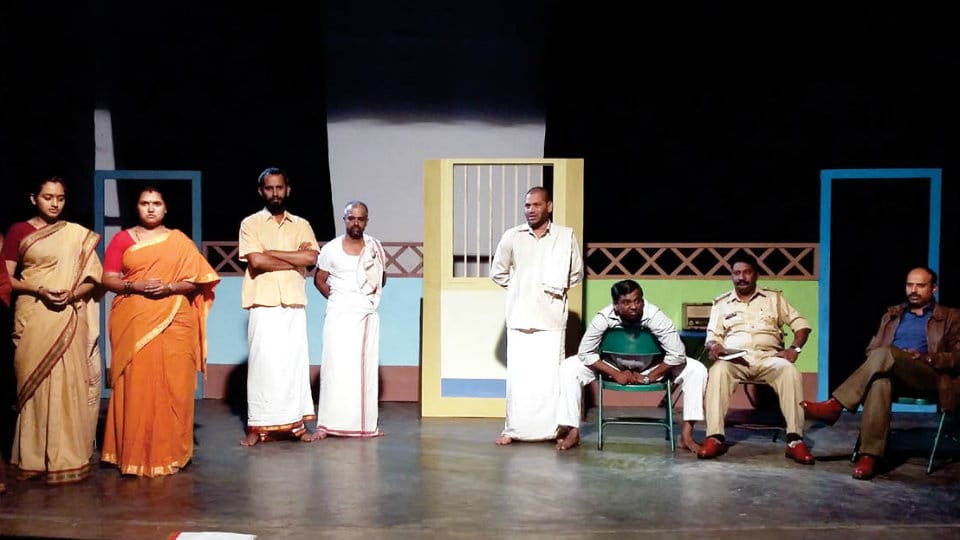 Mysuru:  Rangavalli, a city-based amateur theatre troupe, will be staging back-to-back comedy plays ‘Tatte Idli Raddhantha’ directed by Mayasandra Krishnaprasad and ‘Samsaradalli Sanidapa’ directed by Raviprasad respectively at Kalamandira in city on Aug. 5 and 6 at 7 pm. For details and tickets, contact Mob: 94488-71815 or 99646-56482.

‘Tatte Idli Raddhantha’ revolves around three families which are bound by old ideologies and customs. The play deals on how children think of their aged father who is killed by one of his relatives. The eldest son does not even want to lodge a complaint with the Police seeking an investigation into the murder. There is also a character of a specially-abled boy, who is made a scapegoat to kill his grandfather. The play which begins with the investigation into murder of the old man sees various characters which depict the typical families living in an orthodox and conservative society.

‘Samsaradalli Sanidapa’ is an adaptation of the world famous dramatist Dario Pono’s work ‘The Virtuous Burglar.’ The adaptation, which was done several years ago, has now been modified to cater to the present times by K.V. Akshara. A hilarious satire that pokes fun at social morality and the hypocrisy of those in the public eye, the affairs they engage in and the deceit practised by both the men and women in the higher strata of society. 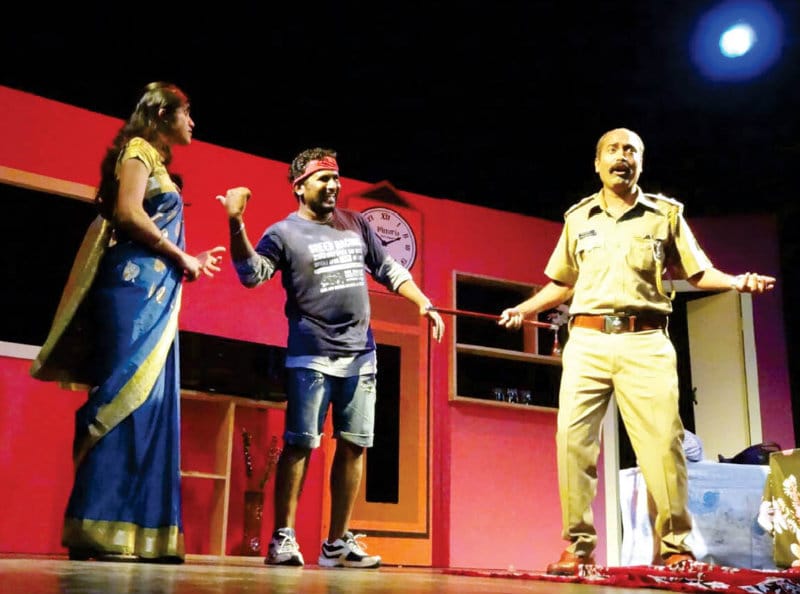 A burglar, who is dedicated to his profession, breaks into the house of a businessman at night. Little does he suspect the web of adultery that he will soon be embroiled in. Believing the house to be deserted, he is shocked to hear voices and hides under the huge grandfather clock in the living room. What transpires next is the game of hide-and-seek, where the burglar’s wife starts suspecting him, the only faithful person in the web of adultery.