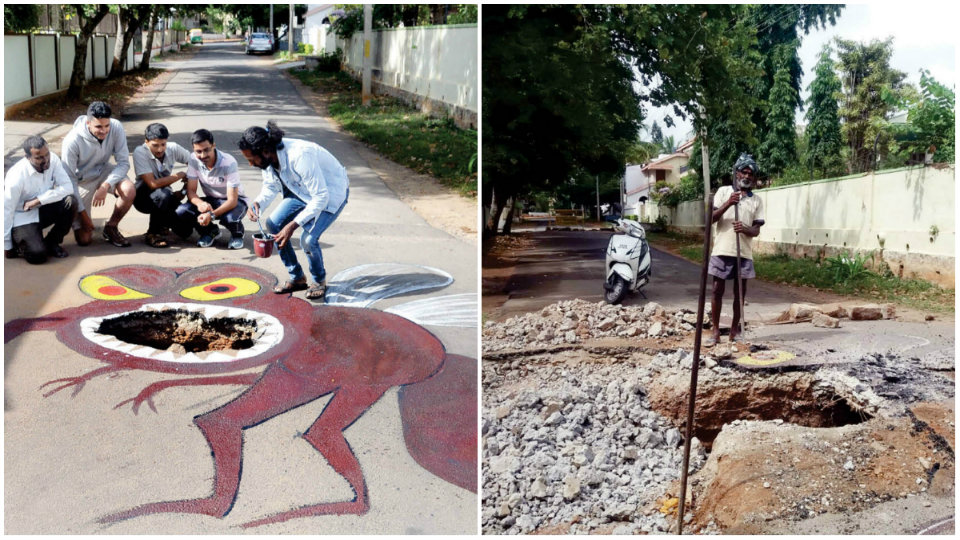 The Mysuru City Corporation has started repairing the pothole that was an eyesore on First Main, Paramahamsa Road in Yadavagiri coming under Ward No. 30 (not Ward 34 as inadvertently mentioned in Star of Mysore yesterday). The deep pothole was collecting water and was a dangerous spot. Artist Badal Nanjundaswamy, who is known for drawing the attention of people and apathetic civic authorities through his street-art, had painted a huge dengue mosquito at this spot with the pothole opening up as the deadly mouth of the mosquito. The art, which was published in Star of Mysore, was also shared widely in the social media. MCC workers have now dug up the road to repair the pothole and provide an outlet for the water to flow into the roadside drain.