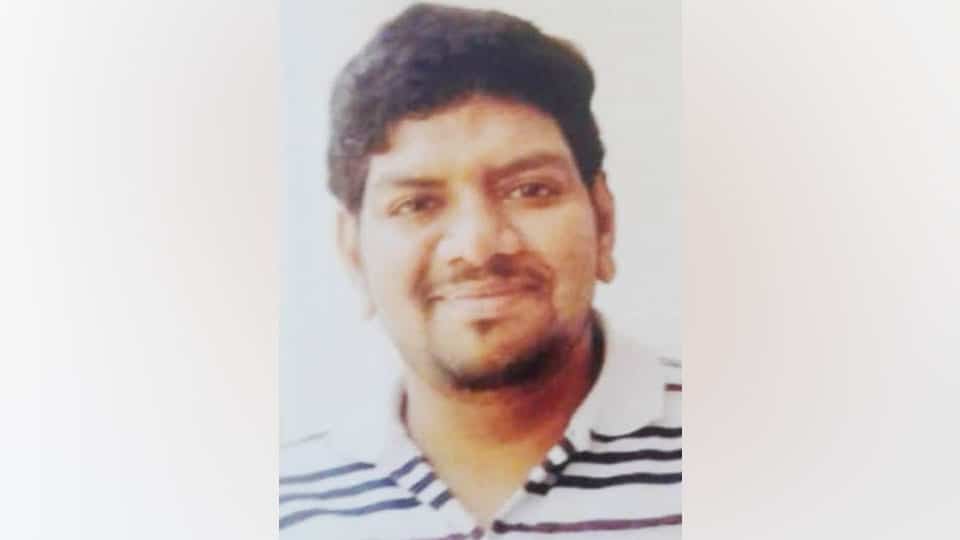 Balaji (32), son of former city Mayor R.G. Narasimha Iyengar and a resident of Devamba Agrahara on Ramavilas road in the city, passed away at his residence in the wee hours of this morning, following a massive heart attack. He was the only son of Narasimha Iyengar, a senior advocate and Vijayalakshmi couple.

Balaji had received his Ph.D degree in Journalism at the University of Mysore Convocation held last week. He was also a member of the city’s Cosmopolitan Club.

Last rites were held at the foot of Chamundi Hill this afternoon.