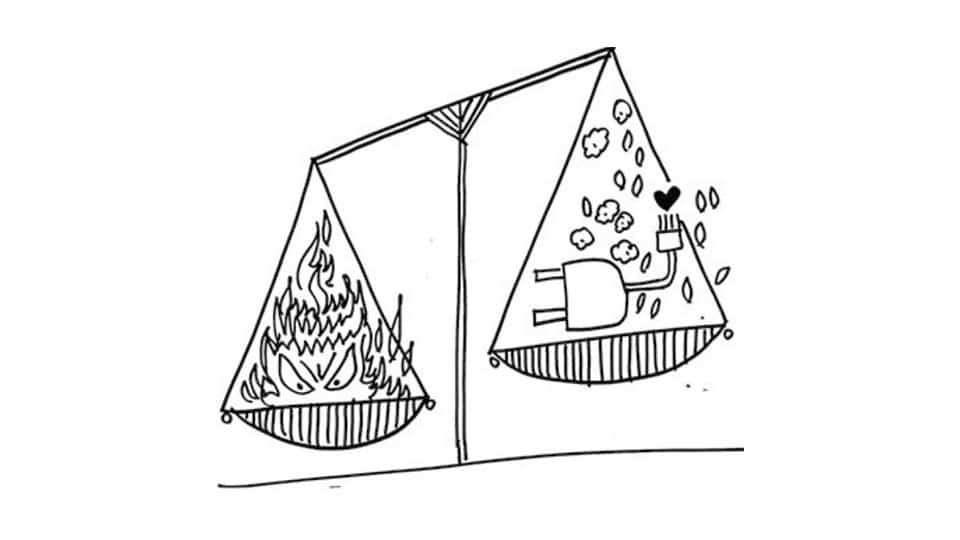 When you go to someone’s house, we expect to be served water. But today, more than water, we expect to be offered a phone charger. So imagine when someone comes up with a phrase ‘Love charger.’ You cannot help but be impressed by the pop innovation. This was the name of a popular song written, composed and performed by Gurmeet Ram Rahim Singh ji Insan, infamous for his gaudy clothes that reflected his cocky narcissism. In the song, the saint/guru/teacher/superhero/star refers to God as the love charger who is available every time, ready to fill you with confidence and energy. In the video you can see vast number of people enjoying their saint’s performance. They feel charged, with love, for the Guru, and God.

Now, the courts have convicted the man who called himself MSG (The Messenger of God) for rape. It was not easy. While the ladies who accused him travelled 250-km each time they were summoned to court, the man accused was allowed video-conferencing facilities. The journalist who brought this case to light was murdered.

Can a man who inspires  and empowers millions of people to live positive lives also be rapist? Are all good deeds wiped out by the bad? Must the good deed wipe out the bad? Public opinion and social media tend to be divided mostly along a clear binary: one that dehumanises the rapist (he is evil) and the other that dehumanises the victim/survivor (she is evil).

What matters for the insider clearly is different from what matters to the outsider. For the outsider, who is not a disciple, follower, fan, the Guru is a charlatan, a manipulator, a fraud. For the insider, the disciple, follower, fan, the Guru is perfect in every way and this is a conspiracy against him. In other words, there is no room for clear demarcations. It is this or that, never this and that.

This is not unique to India (though self-hating Indians would like to think so). The Catholic Church has a long history of shielding priests who indulged in pedophilia and rape. Without naming them, Dalai Lama has condemned the corruption of ‘pop’ lamas, after allegation of sexual abuse against many Tibetan Buddhist monks have been made in Europe and America. Islamic leaders in Indonesia and America have found themselves mired in sex scandals, which has been vociferously denied by followers, who insist this is part of an entrapment conspiracy. Even secular journalists and activists have been accused of being sexual predators by former colleagues. No Left/Right divide where rapists are concerned.

Few are able to handle that a good person can do a bad thing too. Just as it is possible for a bad person to do a good thing. We want to live in worlds of clear binaries where you are gagged from saying good things about the rapist and bad things about the rape victim/survivor. It stems from our yearning for perfection. We want people we place our trust in to be perfect. And when they turn out to be imperfect, as nasty in one context as they are delightful in many other contexts, we are heart-broken. In rage, we discard them, fearing their love charger will cause the battery of our soul to explode.